Amaechi: My Former Deputy Tele Ikuru Lied Against Me 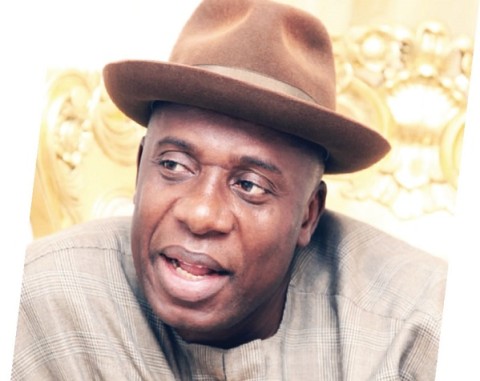 Immediate past Rivers State Governor Rt. Hon. Chibuike Rotimi Amaechi has debunked claims by Eng. Tele Ikuru, his deputy while he was governor, that he (Ikuru) returned billions of naira to him(Amaechi) and the state government.

Ikuru had in a thanksgiving service at the weekend said that he returned over two billion naira cash to Amaechi and additionally saved the Amaechi administration not less than one hundred billion naira. Ikuru further expressed disappointment at Amaechi, that, in spite of all these his contributions, his former boss did not give him any parting gift and left him hard and dry, “nothing and no penny to go home with”.

But, in a swift reaction, Amaechi denied that Ikuru ever returned any money to him.

“My former deputy’s ill-advised comments against me are indeed shameful and pitiable. His attack on me, his disgusting lamentation about parting gifts only goes to confirm what I have always known and said about those on the other side of the political divide in Rivers State(where my former deputy now belongs)- that all they want is to share the resources and commonwealth of Rivers people among themselves. This is why they fought me and are still fighting me.”

“It’s most unfortunate that Tele, who I kept as my deputy in spite of the strong opposition against him, almost everyone was against him but I retained him and even ran with him for a second term, against the advice of most of my political associates, would now attempt to hideously disparage and attack me”, the statement concluded.