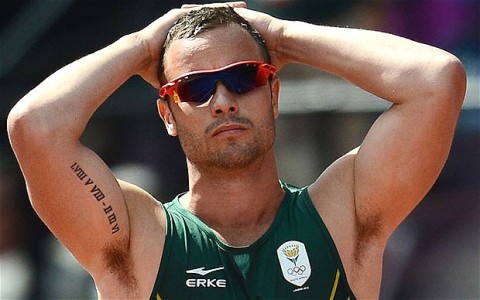 In line with the public anticipation, the South African prosecutors Tuesday appealed against the Justice Thokozile Masipa of the Pretoria High Court culpable homicide ruling against the Paralympic medalist, Oscar Pistorius.

Pistorius who killed his late girlfriend, Reeva Steenkamp last year February 14, after seven months of trial was sentenced to five years imprisonment, by Justice Masipa as he maintained, Steenkamp’s killing was not on purpose, rather argued he mistook the victim as an intruder, taking a shield behind the door of his bathroom.

The jurist was not convinced about the Prosecutors defence, hence her ruling against the athlete for negligent killing, which according to the South African Law is referred to as “culpable homicide”.

The judgement has since been trailed with critics who reasoned that the element of mercy has been abused in it . The verdict has also been described as “shockingly inappropriate.”