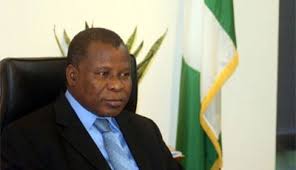 The Peoples Democratic Party, PDP Governors Forum, has expressed its condolences to the Federal Government and family of Amb. Adebowale Adefuye, Nigerian Ambassador to the United States.

Adefuye, reportedly died on Thursday at an undisclosed hospital in Washington DC.

In a statement by Chairman of the Forum, Governor Olusegun Mimiko of Ondo State, on Friday in Abuja, the governors said the death of Adefuye was a rude shock and has left a huge vacuum in the country’s diplomatic corps.

The statement signed by Earl Osaro Onaiwu, Coordinator of the PDP Governors Forum, said the forum was saddened by the demise of the veteran diplomat, while describing him as a consummate envoy whose patriotism and commitment to Nigeria’s global image was never in doubt.

According to Osaro, “The PDP Governors Forum condoles with President Muhammadu Buhari, the family of the late Ambassador Adebowale Adefuye as well as the people of Ogun State over the loss, while praying God to grant the departed eternal rest.”