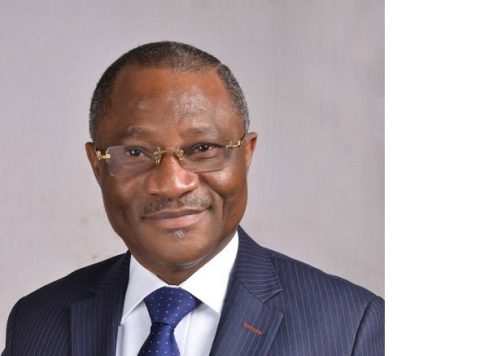 …Urges Yorubas in PDP to Cross to APC

(AFRICAN EXAMINER) – The National Convention of the opposition People’s Democratic Party (PDP) which took place last Saturday has been described as a sham, fraud and particularly designed to hurt the interests of the South West geo-political zone of the country.

The Ondo State Co-ordinator of the Buhari Campaign Organisation during the 2015 General Elections, Engr. Ife Oyedele, who stated this in a chat with newsmen in Abuja noted that Yoruba frontline aspirants for the position of the PDP National Chairman were deliberately  schemed out of the race to advance the interest of a particular Zone.

He pointed out that aspirants that were muzzled out of the election and their supporters should read the handwriting on the wall that there is no future for them and the South West in PDP.

His words: “This should be a wake up call for our people in PDP to move to the winning party, the All Progressives Congress (APC) where fairness, equity and democratic principles are being followed to the letter under the able leadership of President Muhammadu Buhari, GCFR.”

“Prior to the 2015 General Elections, some politicians were saying Asiwaju Bola Tinubu sold out the Yoruba to the APC and the North but consider the strong positions Yoruba are in now where they hold key appointments in this Administration; Vice President, Minister of Finance, Communication, Health, Works/Power/Housing, Solid Minerals, Information, Chief of Defence Staff, Deputy Speaker, etc. This has no doubt resulted in greater development of the South West and indeed the entire country.

“In fact the South West never had it so good like this under previous administrations. This is an indication that the APC is truly the Party that protects the interest of all Nigerians irrespective of their ethnicity and tribe.” Those people who shared that erroneous opinion should now tender an unreserved apology to Asiwaju Bola Tinubu.”

“In contrast during the administration of President Goodluck Jonathan, the Yoruba were grossly marginalised in the country. The Yoruba were simply left out in PDP ‘s skewed balancing act . The composition of the Government then was as follows: President, Goodluck Jonathan, from South-South; the Vice President Namadi Sambo, North-Central; Senate President David Mark, North Central; Speaker of the House of Representatives, Aminu Tambuwal, North West; Deputy Senate President, Ike Ekweremadu, South-East;  and the Deputy Speaker, Emeka Ihedioha, South-East.

“The same political miscalculation that caused the PDP 2015 election is playing out now in the party, an evidence that the party lacks the discipline and wherewithal to take over power in 2019.”

Engr. Oyedele, a prominent member of the defunct CPC-APC Merger Committee where he served on the APC Constitution Draft Committee stated that contrary to what some leaders of the PDP are trying to make the world believe the machinery of their party is still in the pocket of a section of the country and a few money bags that are still very bitter at the role the South West played in the defeat of Goodluck Jonathan during the 2015 General Elections.

He appealed to all members of PDP from the South West to follow the good example of former President Olusegun Obasanjo, GCFR by tearing their PDP Cards to join main stream politics in  the APC where they can fulfill their desires and ambition uninhibited. In his words; the PDP umbrella is not meant to protect the people of the South West.