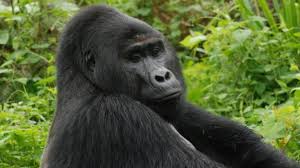 (AFRICAN EXAMINER) – Police have arrested four men who are suspected to have killed a well-known silverback mountain gorilla in the south-western Bwindi Impenetrable National Park in Uganda.

It was reported that the missing gorilla, which is called Rafiki, was reported missing on June 1 and the animal was later discovered to have been injured in the upper left part of the abdomen.

A statement from the Uganda Wildlife Authority stated that the suspects claim they were out hunting, when they came across Rafiki and his group. It then charged at them, and one of the men speared it in self-defence.

Officials say hunting tools, including snares and spears, were recovered from one of the suspects’ homes and the suspects are awaiting appearance in court.