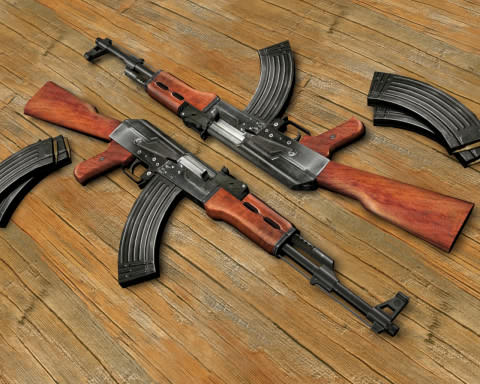 The police in Abia state, Friday gunned down 2 notorious armed robbery and kidnap suspects who leads a robbery gang that have been terrorizing residents of the commercial city of Aba.

The criminals, identified as Christian Anorue and Africa were arrested along Ngwa road, Aba by policemen attached to the Ndiegoro Division in Aba South local government area of the state who were on routine patrol.

The suspects according to the police, have made confessional statements to the security operatives

They are also believed to be behind the February 26th, 2014 raid of a commercial warehouse at 185 Hospital road, Aba where over N2 million naira cash was stolen by their gang before policemen over ran them and recovered the money.

The Abia state Public Relations Officer PPRO, Assistant Superintendent of police (ASP) Geoffrey Ogbonna, who confirmed the arrest, said the kingpins had been on the wanted list of police in the state after they escaped police arrest during a robbery incident with his gang recently.

According to the Abia state police command spokesman,“ they are notorious armed robbers and kidnappers whose gang has been terrorizing Aba residents.

“They have been on police wanted list after they escaped police arrest on the day their group robbed various warehouses in Aba using tricycle.

“Most members of their gang had already been arrested and are remanded in prison he disclosed.”