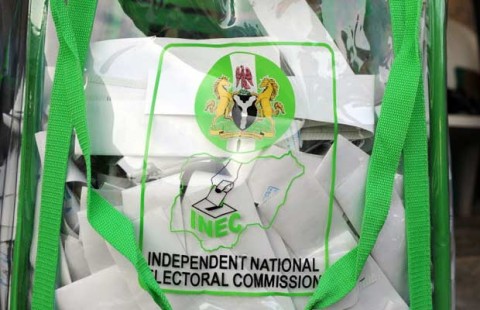 ABUJA, NIGERIA (AFRICAN EXAMINER) – The opposition Peoples Democratic Party (PDP) has suggested to the Independent National Electoral Commission (INEC) to allow either KPMG and PricewaterhouseCoopers to verify all the sensitive electoral materials that were returned to the various Central Bank of Nigeria (CBN) offices across the nation after the deferral of the general elections earlier scheduled to commence last Saturday.

It also expressed support for the Commission’s “perceived resistance to pressure” to implement a partial postponement.

This would not have been in the best interests of democracy in Nigeria, the main opposition party said.

The PDP National Chairman, Uche Secondus, stated this in a letter dated February 17 and addressed to the INEC Chairman, Prof. Mahmood Yakubu and made available to journalists on Monday.

The Chairman while speaking on behalf of the PDP and its Presidential candidate, Atiku Abubakar, urged Prof Yakubu to address certain questions, which, he said, PDP raised but were not answered during the press conference where INEC announced the postponement of the 2019 general elections early Saturday morning in Abuja.

involvement in the collection and reconfiguration of any card reader when they are taken to state level.

“We asked and you agreed to independent verification that

sensitive materials returned to the CBN offices at state levels have not been tampered with.

“We believe it makes sense to appoint one company to verify both issues or, on the issue of sensitive materials, we can use the party officials and observers.”

Secondus noted, given the short time frame, he advised that the appointment of the audit firm should be made by Monday, February 18 (today).

He refrred to allegation the INEC boss made at the Saturday Press conference, which he said the Commission had evidence of ‘sabotage.

The PDP Leader specified that he would be grateful Prof Yakubu could confirm the specific incidents he has identified.