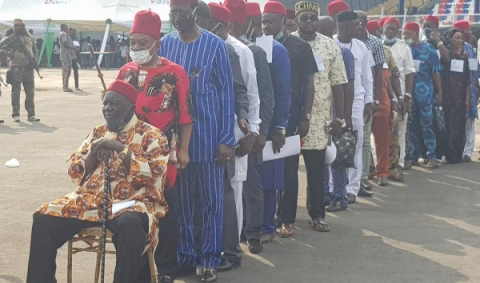 He polled a total of 304 votes to defeat four other contestants  in the keenly contested delegates election held today, 10th, Sunday January, 2021, at the Dan Ayiam Stadium, Owerri, the Imo state capital.

Three Candidates for the position, had earlier stepped down for the new Ohaneze boss, before the commencement of the election.

African Examiner reports that Professor Obiozo, is taking over from Chief Nnia Nwodo, whose tenure has elapsed.

Virtually all the serving and former South East governors, as well as federal appointees supported Professor Obiozo, and openly voted for him.