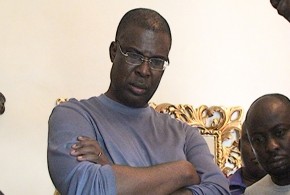 Former Governor of Bayelsa State, Timipre Sylva, has been accused of sponsoring an impending protest by the teachers in the state against the incumbent administration.

The protest, allegedly induced by the sum of N5 million given to the leadership of the teachers’ body, was said to be in keeping with Sylva’s promise to make the state ungovernable following his failed governorship bid.

Accordingly, he saw the delay in the payment of teachers’ salary occasioned by the dwindling economic situation in the country as an opportune time to mobilize the teachers in the state against the government.

A reliable source said on Thursday that Sylva had at a meeting in Abuja with the leadership of the Bayelsa State Wing of National Union of Teachers (NUT) engineered the protest by giving the sum of N5 million to the union to embark on the protest.

Condemning the action of the former governor, a youth group, Bayelsa Youth Movement, in a statement by its Publicity Secretary, Mr. Tarila Solomon, said Sylva and the All Progressives Congress (APC) in the state should desist from such attitude which, he observed, was capable of overheating the polity. He has therefore cautioned against any misdirection by anyone in order to allow peace to reign.

He noted that the issue of non-payment of teachers’ salary and the withholding of results of secondary school pupils by the West African Examinations Council (WAEC) over the state government’s delay to pay statutory dues was not peculiar to the state.

“We are aware that Bayelsa is not the only state owing teachers or WAEC, therefore, Silva and his APC should desist from this political blackmail and incitement of violence against the state government. The economic situation in the state which is national in all ramifications is well known to all and they should bear with the state government”.

While drawing attention to the “remarkable work” of the state government to improve education in the state in the last five years, the body said Sylva lacked the moral justification to criticize the Dickson’s administration, because according to Solomon, what Bayelsa is going through was “as a result of the terrible failure of the Sylva government. We will never forget the debt burden left behind by his administration”, he stated.