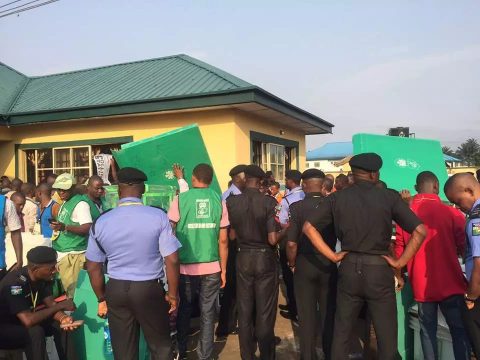 Despite the smooth running of the polls in some units and wards, PDP early Saturday started allegation of clampdown on about 200 of his party’s leaders.

Among those the party claimed to have been arrested were the Gokana LG area Chairman and a serving Commissioner.

There was an altercation between the APC and PDP supporters in Unit 9, Ward 7 of Opobo/Nkoro LGA, where the Director General of Nigerian Maritime Administration and Safety Agency (NIMASA) and former APC Governorship candidate, Dr. Dakuku Peterside hails from. About three persons were allegedly injured in the scuffle.

The development resulted to argument between the supporters and agents of the two political parties, which subsequently resulted to cancellation of voting at the unit by the Independent National Electoral Commission (INEC).