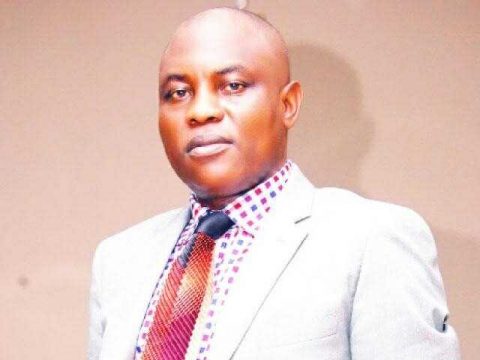 As an Apostle of human empowerment, particularly the youths who are future leaders of tomorrow, whether in a developed or developing nation as Nigeria, Onyishi, who hails from the community, had over the years touched many lives in the area via his philanthropic gestures, especially his  scholarship scheme which has continued to give hope to the hopeless.

Aside his frequent interventions in the community development, the business mogul, has also put smile on the faces of scores of less privileged families from Nsukka land, as huge number of its sons and daughters are fully engaged in his numerous establishments across Nigeria, particularly the oil and transport sectors of his business conglomerate.

However, there is no gainsaying the fact, that Onyishi, has over the past 20 years, revolutionalized  the Nigerian road transport system, as his  company, Peace Mass Transit, PMT, ferries over 30,000 passengers daily across their destinations nationwide with no fewer than 3,000 buses in its fleet

The PMT, which is a household name in Nigeria’s transport industry, has over 4,000 total employees as at September  2017, a break down of this show that company has a total of 3,000 drivers and about 1,000 workers who are on the field at the bus terminals.

Chief Onyeishi, who is always full of praises to God for his mercies in his life and family has this to say: “my going into transport business was like a film. At a time, I was only doing it to support myself in school. but before I knew it, I had moved from the initial 2 buses to 8. I went into a contract with Nsukka LGA to use their name.

“My company then was called Nsukka Mass Transit. The number of buses continued to grow that when I was graduating in 1999, I had up to 45 bus.

Born in Nsukka, Enugu State in November 1963, the PMT boss,  is the first son in a family of nine. His  father was a bricklayer at the University of Nigeria Nsukka. He slumped and died on the last day of February, 1977.

Desirous of making life more comfortable and meaningful for his people, the businessman,  politician, and Cleric, who has penchant for given back to the society and his community in particular, had recently, on Friday  23rd February 2018, to be precised, unveiled about two kilo meters of new  Asphalt road he single handedly constructed for his community.

Inaugurating the road, Enugu state governor, Ifeanyi  Ugwuanyi, who also hails from same Enugu North senatorial district with Onyeishi, used the opportunity to call on other well meaning  individuas in the State to emulate the PMT chairman, and key into his administration’s development agenda.

The road, connects Umunkaka community with the University of Nigeria, Nsukka.

According to the Governor, “we are here to commision this road constructed by my brother and chairman, Chief Executive, Peace Mass Transit, Chief Dr. Sam Maduka Onyishi.

“The project is intended to cement the relationship between the host community and the landlord, the University community and enhance transportation and other social economic activities in the area.

“The road, which is to be henceforth known as Samuel Maduka Onyishi Road comes as a welcome complement to our government’s urbanization initiative in Nsukka area.

“You will of course recall that at the inception of this administration we made our intention to equip and urbanize Nsukka, the University town, founded over half a century ago, to compete with other Universities in attracting technology and knowledge-based businesses and other industry support ventures, bearing in mind that Nsukka is the second largest town and city in Enugu State.

“In a special way, therefore, we commend Chief Sam Onyishi for adding value to this project, to the vision and benevolence of constructing this road, we urge all well meaning Enugu citizens to key into the rural and urban development scheme of the State government by carrying out similar projects in their respective locaties and various areas of operation.

In his remarks , elated Chief Onyishi revealed that the Amukwa, University of Nigeria, UNN road and a similar one at Emene, in Enugu capital, cost him  about N400 million

He recalled  that he the sum of N1, 200 paid to his family in 1985, as compensation, by the University of Nigeria Authority, over their land, which is part of the University, was what changed the story of his life.

“That money was paid to our village for our cash crops because we are the owners of this place and the University had to pay us for the cash crop. The money was handed over to me by mother.

“Since 1985 that I started business with N1200 which was given to me by the University, I have never taken a loan.”

The PMT, helmsman, further stated that “over the years, we have been maintaining the road, which led to the naming the road after myself, by Nsukka Local Government. Since then, this road has been on my hear.

“However, by the special grace of God, we are here today to witness the commissioning of the fully constructed about 2 kilometre road, with twin drains, spanning from Enugu Road, through Orba Road to the South gate the University of Nigeria, Nsukka.”