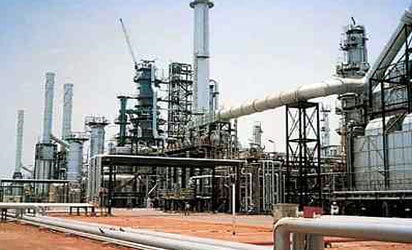 (AFRICAN EXAMINER) – The Senate has finally passed the Petroleum Industry Bill (PIB) into law, ending the controversy that has trailed the bill for several years.

As passed, the bill scrapped the Nigerian National Petroleum Corporation (NNPC) and established three other agencies.

According to the bill, National Petroleum Company (NPC) and Nigerian Petroleum Assets Management Company (NPAMC) will replace NNPC to ensure efficient and effective commercial performance in the petroleum sector.

The NPC and the NPAMC will be under the supervision of a newly created Petroleum Regulatory Commission (PRC).

The PRC “shall be the Industry Regulator and Watchdog, responsible for licensing, monitoring, supervision of petroleum operations, enforcing laws, regulations and standards across the value chain.” the bill stated.

Under the new bill,  the Department of Petroleum Resources (DPR), Petroleum Products Pricing, Regulatory Agency (PPPRA) and the Petroleum Equalisation Fund (PEF) are to merge into one agency.

The lawmakers, however rejected the controversial 10% Host community Fund that led to disagreements among various interests in the past, leading to long delay in the passage of the bill.

The chairman, Senate committee on Petroleum (Upstream), Senator Tayo Alasoadura hailed the passage of the bill, saying it would create jobs for Nigerians and enhance efficiency of the petroleum sector.