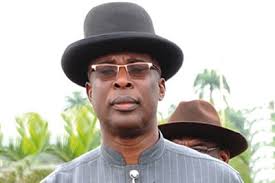 The RCO also denied buying up voter cards ahead of the rerun election in Southern Ijaw LGA of the state saying Timipre Sylva will be humiliated again during the rescheduled Southern Ijaw LGA.

The organisation’s Director of Publicity, Jonathan Obuebite, in a statement on Sunday said the claims by the APC were vicious propaganda on the part of Timipre Sylva to win election by hook or crook.

According to him, civil servants in Bayelsa State trust that Dickson won’t take such an action because they know him as “the most civil servant friendly governor who places premium on their welfare and general well-being.”

He added that when other states were owing workers salary for five to eight months and resorting to bail out, governor Dickson went out of his way to make the much needed sacrifice by cutting down on his personal allowances, including those of his aides and other political appointees just to meet up with the monthly obligation to workers.

Obuebite said, “Governor Dickson bluntly refused to apply for bail out but rather took the hard decision to cut down on all other expenditure of government just for the sake of Bayelsa workers. Sylva does not have that kind of discipline because Bayelsans know him as having ran a profligate system, thereby plunging the state into huge debts to the tune of N432 billion that the Dickson government has reduced to N90b, making the state now as one of the least indebted in the country as opposed to the unenviable rank of being of the highest during Sylva’s regime of misrule.”

On the alleged purchase of PVCs, the PDP said it was another vicious lie and propaganda of the APC.

The group stated that Governor Dickson from results announced so far by INEC is leading in 6 out of 7 LGAs declared even with all the federal might deployed by APC to rig the election.

Obuebite said the party was confident that Southern Ijaw being a PDP stronghold come January 9 will be big win for the PDP that will further consolidate its victory and declaration of Dickson as the people’s governor.

“No amount of propaganda or federal might will save APC from the humiliation of defeat come January 9. APC members know too well that they have lost this election and the propaganda is just a way of hiding the shame of their defeat having boasted and made so much noise.