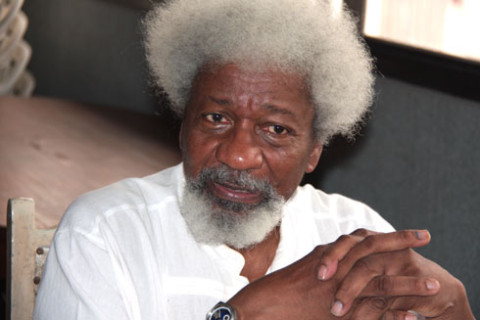 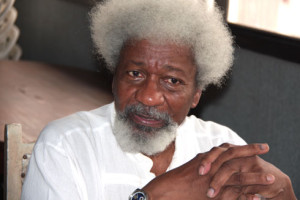 Nobel laureate, Prof Wole Soyinka is expected to be the Special Guest of the Rivers State government at the formal international presentation of Port Harcourt The World Book Capital 2014 on Saturday, September 28 at Trenton, New Jersey, USA. Other speakers and special guest at the event include Prof Toyin Falola, Prof. Kalu Ogbaa, Dr. Ogaga Ifowodo, and some other members of the Nigeria literary community in the US.

The presentation designed as one of the series of events to usher in the 2014 dateline for the World Book Capital is expected to be done by the Governor of Rivers State, Rt. Hon. Chibuike Rotimi Amaechi.

Same day, the governor will be conferred with the Quintessence Award for Leadership by the African Writers Foundation. Governor Amaechi will be supported by the President of the Port Harcourt Literary Society, Dr Chidi Amuta and Mrs Koko Kalango, President of the Rainbow Book Club, chief promoters of the World Book Capital project. Other eminent citizens of Rivers State would also be part of the ceremony.

“The Port Harcourt World Book Capital 2014 project, is a crowning glory for the genuine investment of the State in Education as well as its commitment to empowerment of the youths of River State through promotion of Literary activities and knowledge-acquisition programmes in the state,” says Rivers State Governor Chibuike Amaechi.

He acontinued, “next year, we will be staging a lot of reading and writing activities; we will play host to eminent writers from around the world; there will be lots of book exhibitions and other activities. We are all excited about the prospects.”

Port Harcourt the World Book capital by UNESCO last year after it defeated Oxford in the United Kingdom and Moscow in Russia amongst others.

According to the UNESCO panel that made the final decision, “The City of Port Harcourt was nominated World Book Capital 2014 on account of the quality of its programme, in particular its focus on youth and the impact it would have on improving Nigeria’s culture of books, reading, writing and publishing to improve literacy rates” says the panel of judges who reviewed all the nominations”.

In a goodwill message after Port Harcourt won the hosting bid last year, Prof Soyinka had said, “I congratulate the city of Port Harcourt… for this honour which they have brought, not only to the nation but to the African continent.”

President Goodluck Jonathan had also congratulated the city of Port Harcourt, saying “… I would also like to congratulate… Port Harcourt (for being) the World Book Capital for Books, in the year of our beloved nation’s centenary”.

Eminent diplomat and former Secretary General of the Commonwealth, Chief Emeka Anyaoku, declared; ‘I am confident that the impressive record…  of the Rivers State Government in promoting literary activities will ensure the success of Port Harcourt as the World Book Capital City in 2014”.

“We believe that Port Harcourt is ripe and ready to be the first World Book Capital in sub-Saharan Africa” says an excited Governor Amaechi.

The Princeton event is one out of many programmes meant to attract writers, scholars and indeed draw global attention to the city of Port Harcourt in its year as UNESCO World Book Capital city.

Details of events of the World Book Capital City 2014 can be found athttp://portharcourtworldbookcapital.org/