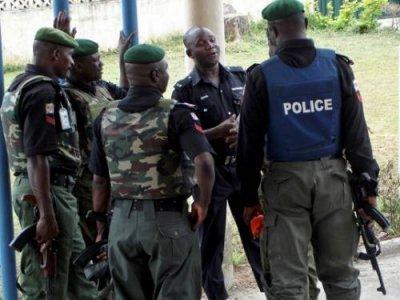 The police in Lagos have foiled attempt by terrorists to bomb Lagos, Nigeria as three substances suspected to be bombs were discovered in the heart of Lagos Island in the early hours of Thursday by the Police. 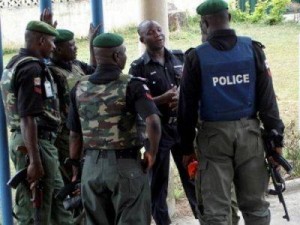 A foreigner, suspected to be connected with the bombs was arrested by an official of Central Business district (CBD).

The  bombs which have been programmed to explode around 1.00 pm on Thursday when traders and commuters who will enter a Lagos bus, known as LAGBUS could have line-up to board buses to their respective destinations, was taken away by the Police bomb squad from Ikeja Police Command.

According to an eye witness, the grenades which could have been planted in front of the Union Homes company gate along Nnamdi Azikwe road, Tom Jones area, opposite Access Bank branch and the Lagos State Development Property Corporation (LSDPC) house was discovered by one of the Police Mobile security man attached to the Homes at about 8.10 am.

Sources revealed that the policeman became suspicious about a man who earlier came with a Jeep and started distributing N1, 000 notes to beggars at the spot and later asked them to vacate the area before he drove off.

The policeman was said to have gone there to know what was happening when he discovered the grenades and immediately alert other policemen around and officials of CBD to chase traders and passers-by away from the spot.

The Police on the Island were immediately alerted and occupants at different offices and shops within the area were evacuated so as to prevent casualty, while the Police Anti-Bomb Units were also informed.

It was during the exercise that a foreigner suspected to be an indigene of Niger or Sudan came out of the crowds and was heading towards the grenades when the CBD man named Kareem Saidi asked him to go back which he refused.

“I asked him to go back, he refused and insisted on going to the spot of the grenades. I then arrested him and handed him over to the Policemen from Ebute-Ero station who took him away to their station,” he said.

One of the Anti-bomb squad men who took away the grenades around 10.45am was quoted as saying that the bombs have been programmed to explode around 1.00 pm which could have caused heavy disaster.

It was gathered that if the bombs were not discovered and exploded, all the structures within 70 metres will be highly affected.

The business activities in the area which was disturbed for about four hours later came back after the bombs have been taken away, while police vehicles, including Anti-bomb truck were stationed at the area.

However, Police Public Relations Officer (PPRO), Ngozi Braide said the items were not bombs, saying that at “about 0835 hours, upon information that there were some suspicious items at Tom Jones area by Nnamdi Azikiwe street, Lagos Island, Explosive Devise operatives were quickly mobilized to the scene.”

“The team recovered the items for analysis. However, the result of the test revealed that the items are sealants used in industries as no IED was found. Sealant is like gum and has no explosive component. Meanwhile, the area is calm and security very tight in Lagos.

“The items might have probably fallen out from someone load as they are items that are commonly used. Lagosians are advised to go about their normal duties as there is no cause for alarm,” she said.