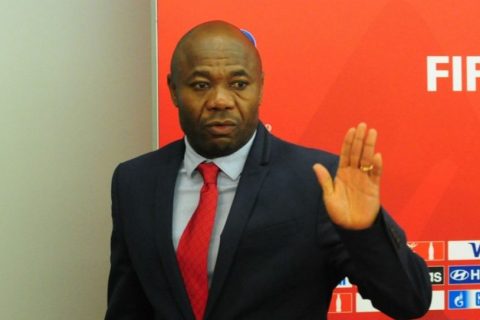 The erstwhile Golden Eaglets manager took charge of the East African side in August and was tasked with the responsibility of developing football in the country with little expectation of making it to AFCON 2019 as Uganda and Cape Verde were rated as Group L favourites.

However, the Nigerian did the unthinkable as he inspired the team to qualify for their first AFCON since 1980. Coincidentally, the last time the Taifa Stars played at the Africa Cup of Nations was in Nigeria.

Tanzania went into the final group match against Uganda, knowing that a win against Cranes will take them through to the 2019 AFCON while hoping Lesotho fails to win away to Cape Verde.

Simon Msuwa gave Tanzania a first half lead against Uganda and six minutes into the second half, Erasto Nyoni scored a penalty to make it 2-0 before Aggrey Morris completed the rout. The victory was made even sweeter as news filtered in that the Lesotho versus Cape Verde match had ended goalless.

Uganda had never conceded any goals in the group before the game against Tanzania and it was refreshing for fans that Amunike led the Taifa Stars to a comprehensive victory in a derby game which earned them an AFCON ticket.

Uganda finished on top of Group L with 13 points, Tanzania came in second with eighth points, Lesotho sit third with six points and Cape Verde is bottom with five points.