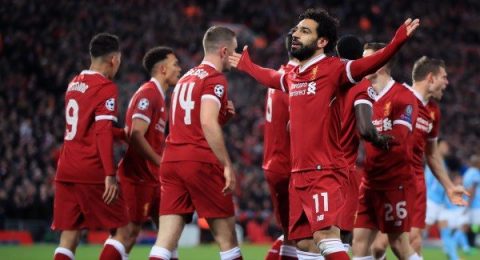 The France goalkeeper failed to hold onto Mohamed Salah’s back-post header in the 90th minute and dropped the ball onto the leg of Toby Alderweireld before it rolled into the net, sealing the Reds’ 2-1 victory.

Lloris believes both he and his side were unlucky after coming from behind to equalise in a dominant second-half at Anfield, and he wants to forget the incident at the end as fast as possible.

“When you are a goalkeeper, you know the responsibility. It’s like this. Of course you question yourself,” the Spurs captain told Sky Sports News.

“The good thing is that you know there is another game in three days, so you need to switch off about today and prepare the next game. I think it’s the best way to forget.

“I tried to catch the ball twice but unfortunately there was no bounce, it bounced straight to the shin of Toby, and then what happened, happened. The luck was probably on the opponent’s side today.

“It’s tough, because we made so much effort to come back in the game. We had a few chances to score the second goal, but then on a set-piece we conceded this goal. So it’s a bit sad for us.”

Tottenham go into their new stadium opener against Crystal Palace on Wednesday with their top-four place hanging in the balance, with just a single point separating themselves in third and Chelsea in sixth, with fifth-placed Arsenal to play Newcastle live on Monday Night Football.

But Lloris believes his team showed they will be finishing the season strongly by dominating title-chasing Liverpool in their own backyard.

He said: “In the second half we showed we are still in the race, that we are going to finish strong and believe in the way we play. There are seven games to play and we still have a chance to finish in the top-four. It’s still in our hands.

“We knew from the beginning (of the season) it would be tough until the end. It’s a big battle against top clubs. The important thing is that, even after defeat today, we are still in the position. There are seven games to play and the objective is to win all of them.

“Wednesday is a big moment for the club, against a very good opponent. It’s the moment to get back into winning ways and get the winning feeling back. We showed our quality but it was not enough today.”