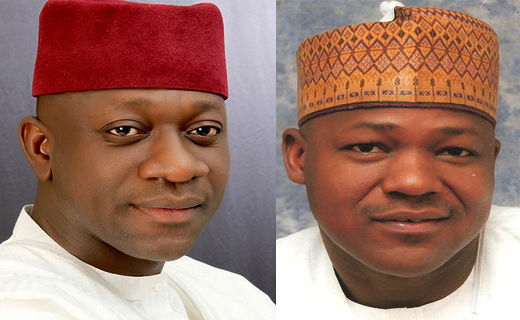 …To Extend Probe to NASS Management

ABUJA, NIGERIA (AFRICAN EXAMINER) – Tension has mounted in the entire National Assembly (NASS) as news filtered that the the Economic and Financial Crimes Commission, (EFCC) has commenced probe of the institution’s accounts from 2007 till 2015.

Although, the petition written by the whistle blower and former House of Representatives committee Chairman on Appropriation Hon. Abdulmunin Jibrin was mainly on the padding of the 2016 budget by the Speaker and and three other principal Officers, the EFCC operatives it was learnt, decided to extend its Investigations to previous session because of what was revealed by the petition.

According to our source, preliminary investigation by the anti-graft agency on the management of the capital component of the yearly budget by the National Assembly bureaucrats has left much to be desired.

Our source who craved anonymity said that heads would roll when the EFCC begin the Investigations.

He noted that all the final Responsibility laws guiding public procurement were jettisoned in the Award of contracts for capital and alleged projects in the Legislature.

The National Assembly management was fond of using contractors to siphon money without actually paying for jobs done.

The source confirmed that Legislature has incurred debts running into billions of naira, from jobs done shoddily as well as payment for contracts not executed which eventually end up in the pockets of powerful bureaucrats.

He lamented that many things have been compromised by the National Assembly management adding that, many phony companies had been given contract papers and certificates of execution for equipment never supplied.

Even though the National Assembly is an arm of government that should be strict on legal issues, it was discovered that most companies given Award, were not registered at the corporate affairs Commission.

Another dimension to the saga is the fact that the Federal Capital Territory, FCT, administration has been responsible for most capital projects at the National Assembly and the legislators quarters at Apo.