The Imperialists are still around and getting deadlier 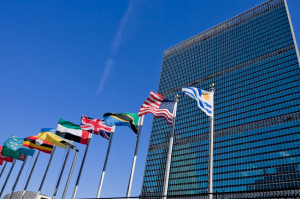 The imperialists are still around and getting deadlier than they were in the 20th century or before then. By definition the imperialists were countries who took over other countries for their natural resources or raw materials to advance their economic and military benefits. While they did improve some conditions in conquered countries they inhibited the local culture and customs and forced host country government on the beleaguered country. The big argument against imperialist was denying the beleaguered country the right to self government and the right to control their own raw materials and economy. They do these in several facets using  their secret services, imposition of weak governments in countries where they establish their empires and direct military intervention.

On the other hand the argument for imperialism is that they furthered the host countries economy and sphere of influence. Imperialists also made the claim that they were improving the lot of the beleaguered country. In some ways they brought western education, health care delivery and other social amenities closer to the people. In recent time a number of anti-imperialists have arisen and creating new problems. For example some anti-imperialists while opposing to domination one see nothing wrong with seeking to be dominated by another imperialist.  In particular while opposing the domination of the United States of America and her allies they see nothing wrong seeking to be dominated by Russia, China or Islamic World.

The point is that imperialism is a serious threat to both economic and political developments of countries been dominated. Not only are the natural resources and other raw materials of dominated countries being shipped away inept governments are enthroned to ensure the continuous carting away of these values resources. Some countries therefore see nothing wrong signing memorandum
of understanding with the other empires believing them to be of insignificant threat.

The threats created by imperialists, either they are from the western worlds, Russia, China , or the others are not just loss of resources but the loss of our cultural values, imposition of bad governments, culture of war which increases violence in the societies. Imperialists also block the influence from other imperialistic moves. Such influences could block economical, healthy and competitive collaborations between nations. The current situations in Iran, North Korea and Venezuela may be of reference.

The Islamic Republic of Iran had been allied of the USA until January 1979 when two best friends became two worst enemies. A quarter century earlier, in 1953, the CIA had secretly helped topple Iran’s prime minister and restore the Shah to his throne after he had gone into exile during a power struggle with members of Iran’s elected parliament. Why were American leaders so determined to keep the Shah in power? It was the height of the Cold War between the USA and the Soviet Union, and Iran was seen as a potential target for the spread of Soviet Communism. American presidents, from Dwight D. Eisenhower in the 1950s to Jimmy Carter in the 1970s, gave their support to the Shah because he was sympathetic to the West. At home, however, the Shah was a ruthless leader. After he regained power in 1953, he abolished Iran’s tenuous multiparty system and placed himself at the head of a one-party state controlled by his secret police. Dissent was violently suppressed.  The Shah was seen by many Iranians as a puppet of the West. With the Shah in exile, Khomeini tagged the USA as the Great Satan and an enemy of Islam. The external enmity from the
West could only serve as a useful diversion from Iran internal problems. Today the primary objective of the Islamic Republic of Iran is acquisition of nuclear weapons which the West and Israel are ready to oppose. This is the context in which the current confrontation between the West and Iran over the country’s nuclear ambitions, and its support of militant Islamic groups like Hezbollah in Lebanon, should be seen. Iran wants a nuclear weapon for several reasons. The nuclear programme represents for Iran an assertion of power at a time when surging oil revenues have emboldened Iran’s leaders.

The problem in the Korea Peninsula where the West has been supporting the South and the North being supported by others is a classical imperialistic game with no winner in sight. North Korea has been engaging in missile launch in preparation for a full future nuclear war.  Several economic sanctions are already placed on the way against North Korea in addition to the gross underdevelopment in that part of the world all to halt its nuclear programme. In response North Korea strongly warns the UN Security Council not to make another big blunder like the one in the past when it earned the inveterate grudge of the Korean nation by acting as a war servant for the USA in 1950. North Korea demanded the UN Security Council immediately dismantle the American-led UN Command that’s based in Seoul and move to end the state of war that exists on the Korean Peninsula, which continues six decades after fighting stopped because an armistice, not a peace treaty, ended the war. In anticipation of the resolution’s adoption, North Korea threatened to cancel the 1953 cease-fire that ended the Korean War. Obviously North Korea is not being physically occupied right now but her effort to stand up to the demand of the imperialists around her, the West, Russia and China, may swallow her or divert scarce resources to be wasted on nuclear game of bluffing.

The situation in Venezuela with the death of its president, Hugo Chavez who fought and lost a war with cancer, is also of note. Cuba, Venezuela and a few other Latin American countries also fall
under one imperialist or the others. Late Chavez and a number of his supporters would believe that cancer was infected on him by some imperialist agents. After all Mr. Chávez long accused the United States of trying to undermine or even assassinate him; indeed, the Bush administration gave tacit support for a coup that briefly removed him from power in 2002. He often used Washington as a foil to build support or distract attention from deeply rooted problems at home, like high inflation and soaring crime.

The Vice President to late Chavez, Mr. Maduro warned that the United States was seeking to destabilize the country, and the government expelled two American military attachés, accusing one of seeking to recruit Venezuelan military personnel to carry out destabilizing projects. He called on Venezuelans to unite as he raised the specter of foreign intervention.

The aims of the imperialists are absurd and dirty and remain empire and military spatial influence expansion. Whose course are they serving? None that is visible except to divert attention at their individual domestic problems and create sources of cheat and slave monies for their so called investors. In 1981 as a PhD research student in UK I watched helplessly the then Prime Minister
of UK Mrs. Thatcher cutting away several welfare package components which extended to Commonwealth citizens then. We knew that resources from their empires were drying away and she felt it. Imperialists are living on money and resources they don’t have but stealing from very poor countries of the world. This one fact should bother them because the citizens of countries they deprive are starving and dying every second from curable diseases and preventable bad administrations.

The consequences of imperialism, starching away of resources from poor countries to further develop advance countries only amount to robbing Peter to pay Paul economic model. It is stealing. Similarly the unrests currently ongoing in North Africa and Arabian countries are the impacts of feudal and imperial activities which time bomb is already ticking. Also when two persons are in a fight it is unwise to hold the arms of one party for the other. It is therefore totally unfair to prevent a nation from acquisition of any class of weapons while allowing same for others. Imperialism which brings no positive mutual benefit is evil.