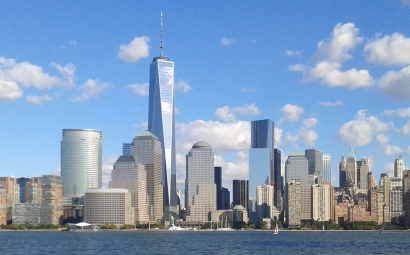 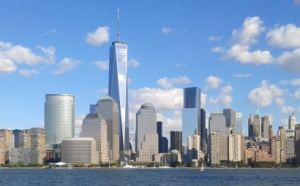 The workers in different firms of the 104-storey skyscraper have started moving into the building which re-construction gulped estimated $3.8bn and lasted for eight years.

A total of 60 per cent of the One World Trade Centre was leased while the government’s General Services Administration signed up for 275,000 square feet.

The new magnificent skyscraper is 1,776ft (541m) tall and located at centre of the site, comprising: a memorial in the footprints of the old towers and a museum, which was opened this year.

In addition, an observation deck on the top of the building will soon be opened to the public.

TJ Gottesdiener of the Skidmore, Owings & Merrill an architectural firm which produced the final design of the new the new magnificent high-rise, indicated that it went beyond the city’s existing building code, as well as built with steel-reinforced concrete.

Similarly, provisions have been made for space which has been leased to the advertising firm (Kids Creative), the GSA , while another 191,000 sq ft space was earmarked for the China Center for trading and cultural activities.

Not less than 2700 people, of different nationals were perished on Tuesday, September 11, 2001, when the twin towers structures were brought down in a devastating terrorists attack, during the regime of George W. Bush.