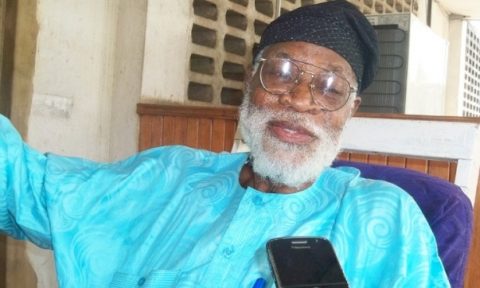 In a statement by his Media Office, Asiwaju said: “The death of Prof. Akinwunmi Ishola saddens me. It is a huge loss.

“Prof. Ishola earned reputation for his writing and work in the promotion of Yoruba language.

“To his credit are many celebrated works like Efunsetan Aniwura, Oleku, Kosegbe, Saworoide and Agogo Eewo

“Coming not too long after the death of Alagba Adebayo Faleti, we have lost another Yoruba literary scholar and culture icon.

“Though late Prof. Ishola was younger, both of them were like Siamese Twins. Both were playwrights and authors. Both worked relentlessly for the promotion of Yoruba culture and tradition.

“Alagba Faleti was born in Agbo-Oye in Oyo State and Prof. Ishola in the capital, Ibadan, both earned their stripes and lived in Ibadan.