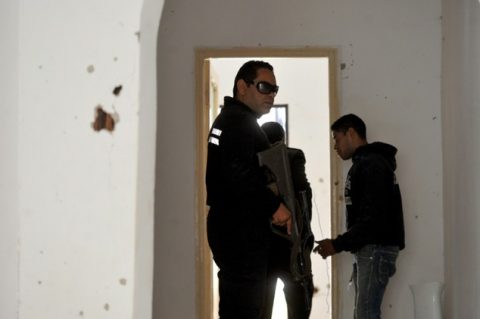 Police stormed a terror cell north of Tunis where a number of militants from across the country had gathered to plan what the police called “synchronized attacks.”

Two militants were killed and 16 were arrested. Security forces gave little detail on the raid or the terror plot but said they had captured a number of rifles, grenades and other weapons.

Forces carried out a separate raid in Tataouine in southern Tunisia. Four policemen were killed when one of the militants set off an explosives belt.

Tunisia was the first North African country to overthrow a dictator in the so-called Arab Spring of 2011, but extremism and terrorism still shake its fragile democracy.

Militants, including some who crossed the border from Libya, fought with security forces in southeastern Tunisia in March, leaving seven civilians dead along with a number of officers and militants.