U.S., Canada Border to Remain Closed For Another 30 Days 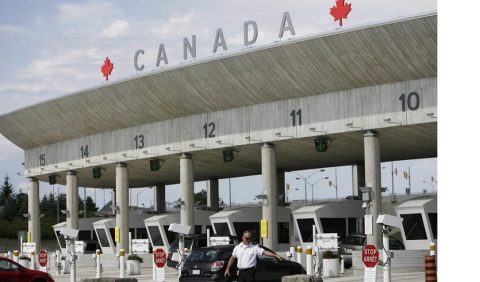 (AFRICAN EXAMINER) – Canadian Prime Minister Justin Trudeau said on Saturday that Canada and the U.S. had agreed to keep their border closed for all non-essential travel for another 30 days.

“Canada and the United States have agreed to extend by another 30 days the border measures that are currently in place,” Trudeau said during televised remarks.

He said the move would “keep people on both sides of the border safe.”

The two countries temporarily closed their shared border on March 18.

The U.S. has imposed a range of measures to limit the entrance of foreign nationals from areas hit hard by the coronavirus, including China and Europe.

The majority of Canadians live in areas close to the 8,891-kilometre U.S. border and communities on both sides of the frontier maintain close links.

The U.S. and Canada have daily trade worth about 2 billion dollars.

U.S. goods and services trade with Canada totaled an estimated 718.5 billion dollars in 2018, according to U.S. trade authorities.

The U.S. border with Mexico – one of the busiest borders in the world – will also apparently remain closed in the foreseeable future.

In a phone call on Friday U.S. President Donald Trump and Mexican President Andres Manuel Lopez “discussed the need to maintain restrictions on travelers crossing their land borders for non-essential purposes,” the White House said in a statement on Saturday.