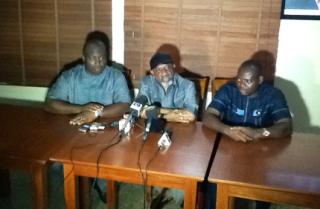 Like his People’s Democratic Party (PDP), and All Progress Congress APC counterparts, the labour party candidate in the in-conclusive November 16 Anambra state governorship election, Dr Ifeanyi Patrick Ubah has said he would not participate in the supplementary election as proposed by the Independent National Electoral Commission(INEC). 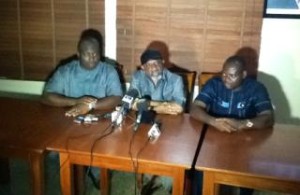 The LP candidate made this position known Thursday while speaking  with journalists in Awka, the Anambra state capital.

According to him, the Nov 16 election fell short of all known ethics and logic and acceptable electoral standard in choosing a leader, as the electorates were systematically disenfranchised in many areas.

He alleged  that there was gross dereliction of official positions, abuse of their high positions by highly placed officers of the Independent National Electoral Commission(INEC) as already acknowledged by the commission.

“That admittance of failure on the part of INEC necessitated the nullification of the inconclusive poll he stated.

He recounted that when similar thing happened in Imo state and the poll was declared “inconclusive”, the resultant effect was the nullification of the whole election. He made it abundantly clear that supplementary election is alien to the Constitution and or the Electoral Act of the Federal Republic of Nigeria.

The LP flag bearer, pointed out that the only acceptable option to him and his numerous followers is the outright cancellation of the inconclusive Anambra state governorship election and a fresh one conducted to redress the monumental fraud that fraught the last exercise where voters could not find their names on the voters register and some areas systematically denied of voting materials caused by INEC agents that worked to manipulate the process to the advantage of a particular candidate.

Dr. Ubah however, stressed the need for the Independent Electoral Commission to correct the anomaly for posterity sake and in the best interest of justice and fair play, saying  that the nation will only become a laughing stock in the comity  of nations if the fraud perpetrated in the guber poll is allowed to stand.

He therefore, reminded  people in the corridors of power to prevail on the election umpire to do the right thing  because many foreign observers came into Anambra state to witness the election that has gone down as the worst in the history of the Nigeria.

Ubah, once again commended the people of the state, particularly his supporters that still maintained their cool in the obvious face of provocation even as he notified them that he must pursue the matter to a logical legal conclusion.