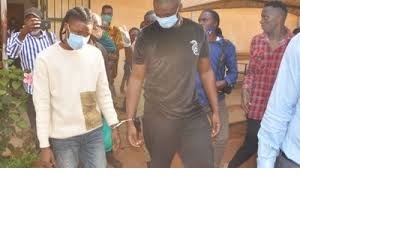 (AFRICAN EXAMINER) – Popular Ugandan singer turned politician, Bobi Wine, has berated the Ugandan government for the arrest of Nigerian musician, Omah Lay saying that the arrest is an “act of shame by a corrupt regime operating double standards”.

African Examiner reports that Uganda police on Sunday had arrested Omah Lay alongside fellow singer, Tems and his associates for their involvement in an “unauthorised concert”.

Both singers were charged to court for flouting Covid-19 protocols.

Reacting to this development, Bobbi Wine who is a presidential aspirant, took to his Twitter page to call for the release of the musician saying that the singer’s arrest has nothing to do with COVID-19.

He wrote: “Truth is Omah Lay‘s arrest isn’t about COVID. No! It’s an act of shame by a corrupt regime that operates on double standards,” the politician wrote alongside a photo from the concert wherein the singer performed and other pictures which showed how COVID-19 guidelines were being violated by citizens of Uganda during a political rally.

“He obtained a work permit & performed under police protection! Why arrest him? This as pro-Museveni artists stage street concerts unmolested!”