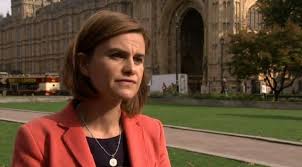 BALTIMORE, MD (AFRICAN EXAMINER) – The late UK Lawmaker Jo Cox was killed because of her strong political views, so confirmed by her widower Brendan.
The husband confirmed this in a press interview, saying that it was the wish of his late wife that people stand up for her beliefs “in death as much as she did in life”.

Brendan stated his former wife, who would have clocked 42 tomorrow (Wednesday), was concerned about “coarsening” of the referendum debate.
He equally spoke about the need to support their children to “make sure something good comes out…”

It would be recalled the MP for Batley and Spen died after she being shot and stabbed in Birstall, West Yorkshire, last week Thursday.

Barely a week after her gruesome murder, a fund launched in her memory has risen to £1m in donations while a series of events will also be held around the country on Wednesday to mark her posthumous 42nd birthday anniversary.
Mr Cox indicated that his late wife – a passionate campaigner for human rights, international development and the plight of refugees during her parliamentary career and in her previous role working for Oxfam – “died for her views”.

“She was a politician and she had very strong political views and I believe she was killed because of those views,” he said.

“I think she died because of them and she would want to stand up for those in death as much as she did in life.

“I don’t want people ascribing views to her that she didn’t have but I certainly want to continue to fight for the legacy and for the politics and the views she espoused” Brendan declared.