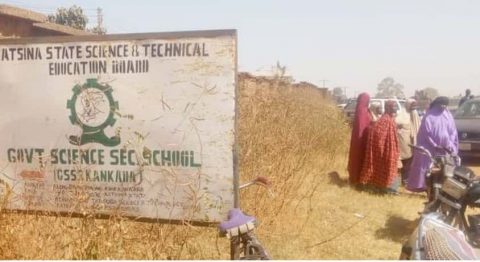 Guterres’ reaction came in a statement by UN spokesman Stephane Dujarric on Monday in New York.

He called for “immediate and unconditional” release of no fewer than 300 male students, the attackers reportedly abducted from the school.

“The secretary-general strongly condemns the Dec. 11 attack on a secondary school in Katsina State, Nigeria and the reported abduction of hundreds of boys by suspected armed bandits.

“He calls for the immediate and unconditional release of the abducted children and for their safe return to their families.

“The secretary-general reiterates that attacks on schools and other educational facilities constitute a grave violation of human rights.”

The UN chief urged security agencies to arrest and bring those responsible for the heinous act to justice.

He reaffirmed the “solidarity and support” of the organisation to the Federal Government and Nigerians in their fight “against terror, violent extremism and organised crime”.

The UN Children’s Fund (UNICEF) has also flayed the abduction and called for the boys’ immediate release.

In a statement, the agency said it is “deeply concerned about these acts of violence”, describing attacks on schools as a violation of children’s rights.

“UNICEF condemns in the strongest possible terms this brutal attack and calls for the immediate and unconditional release of all children and their return to their families.”

Its Regional Director for West and Central Africa, Marie-Pierre Poirier, issued a separate statement expressing solidarity with the families of the students and their communities.

Poitier said that the violence was a “grim reminder” that abductions of children and widespread grave violations of children’s rights continue to take place in the northern part of Nigeria.

“Children should feel safe at home, in schools and in their playgrounds at all times.

“We stand with the families of the missing children and the community affected by this horrifying event,” she said.