UN Tasks Nigeria, Other Nations On War Against Corruption 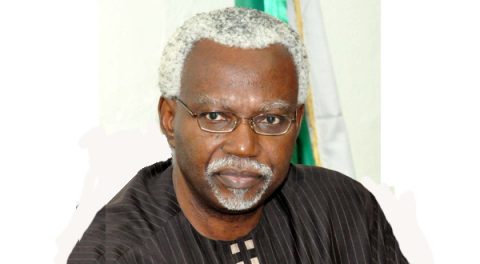 ENUGU, NIGERIA, (AFRICAN EXAMINER) – The United Nations Secretary- General, Mr. Ban ki Moon, has challenged nations around the world, including Nigeria, to redouble their efforts towards ending corruption in their countries.

To this end, he charged the Independent Corrupt Practices and Other Related Offences Commission, ICPC, to rise up and take full responsibility in fighting the cankerworm which has eaten so deep in the fabric of the nation.

Moon, noted that “the 2030 Agenda for sustainable Development is the world’s inspiring new manifesto for transforming our world and building a better future for all.

“But as we undertake this crucial journey of implementation, a broad barrier stands in our path, and that is corruption” adding that no nation, including Nigeria is immune, and every country must take the responsibility of ending the cancer worm.

The UN scribe, who stated this weekend in Enugu in a massage he sent on the occasion of the 2016 international Anti- corruption day, which was by read chairman of ICPC, Barrister Nta Ekpo during the South east celebration, said corruption strangles people, communities, and nations.

According to him, “It weakens education and health, undermines electoral processes and reinforces injustices by perverting criminal justice system and the rule of law.

“Corruption wrecks economic and social development and increase poverty, it harms everyone, but the poor and vulnerable suffers most”, calling on nations of the globe, including Nigeria to rise up to the occasion of fighting the monster.

Earlier, the ICPC boss, represented by the South- East zonal Head of the anti-graft agency, Prince Mohammed Hassan, said as a commission, it has developed strategies for proactive prevention and strict enforcement for sustainability.

“For instance, the recent interim seizures of immovable and movable assets by ICPC, including 105 vehicles and millions of naira under the defunct federal government’s Sure-P initiative and about 40 vehicles from retired Directors of one of our SDGs- related federal ministries is our immediate and sustainable strategies of divesting and denying beneficiaries the proceeds of corruption practices.

The chairman however, assured that ICPC will continue to actively develop and enforce relevant anti- corruption policies, procedures, templates, manuals, and formats to strengthened institutions, particularly those in the health, education, water and sanitation sectors, for sustainable growth and transparency.

Delivering a paper at the event, former Minister of National planning, and incumbent Director, Center for Entrepreneurial studies, university of Nigeria Nsukka UNN, professor Osita Ogbu, had identified lack of patriotism, integration and love for country, as the key factor inhibiting the fight against corruption in Nigeria.

African Examiner reports that the 2016 celebration, has as its theme: “United We Stand, For Development Peace and security”, and was attended by the Ebonyi state Commissioner for finance, Mr. Denis Udeh, Commissioner for justice and Attorney General of the state, the academia, as well as other stakeholders in the war against corruption in the South -East Nigeria.