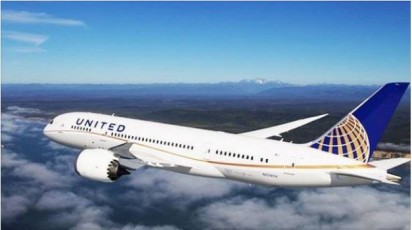 BALTIMORE, MD (AFRICAN EXAMINER) – United Airlines will stop flying to Nigeria next month, ending the carrier’s only route to Africa because of weakness in the energy sector and difficulties in collecting money from tickets sold in that country.

The daily route from Houston to Lagos had underachieved for years but was kept alive because of its importance to Texas-based customers, United Continental Holdings Inc. said in a note to employees on Wednesday. The last flight will be June 30, after which Delta Air Lines Inc. will be the only major U.S. carrier flying to Africa.

Nigeria has restricted the amount of money that can be moved abroad after the global slump in oil prices depleted the government’s U.S. currency reserves. The country owed airlines about $575 million in air fares as of March 31, according to the International Air Transport Association.

“Repatriation has been a significant issue, as has been the downturn in the energy sector,” said United spokesman Jonathan Guerin, who confirmed the note’s authenticity.

Passengers can still fly to Nigeria on United’s trans-Atlantic business partner, Deutsche Lufthansa AG, through a connection in Frankfurt. The Boeing Co. 787 serving Lagos will be used on the San Francisco-to-Tel Aviv route, which will expand to daily in October from three times weekly, according to the airline note.