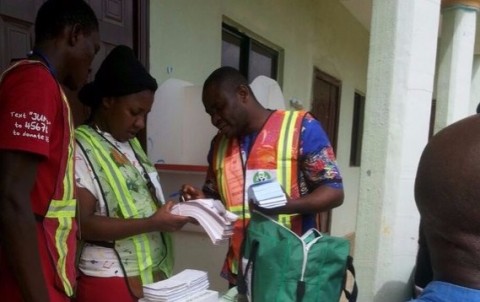 RIVERS, NIGERIA (AFRICAN EXAMINER) – The Minister of Transport and immediate past Rivers State Governor, Rt. Hon. Rotimi Chibuike Amaechi among other willing voters could not exercise their voting right as at Saturday afternoon due to disappearance of result sheet from the polling unit, reports PremIum Times.

The Minister is expected to vote in Ward 8, unit 14 of Ikwerre LGA.

It was reported that the unit’s Presiding officer has been subsequently arrested by the security operatives.

It would be recalled that similar situation occurred in the same polling unit in June 2016, rescheduled polls.

The INEC Presiding officer was suddenly disappeared and later surfaced the following day, at the Mile II Diobu Police station, in Port Harcourt.