US 2016 Election: FBI Justifies Congress’s Letter Over Clinton’s Email Use 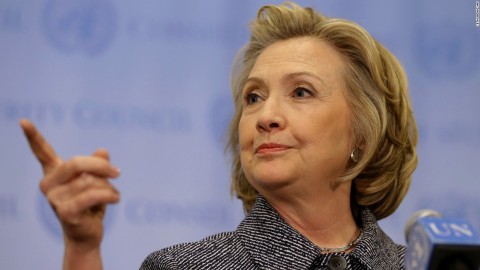 BALTIMORE, MD (AFRICAN EXAMINER) – FBI Director James Comey has reacted to his critics over the resolve to reveal the Democratic Presidential candidate, Hilary Clinton’s email use, contending that doing otherwise will be misleading.

Comey, according to US Media defended that not making the new facts about Clinton’s email use while she was the secretary of State would be “misleading”.

The agency’s Director indicated that he was aware of a risk of being “misunderstood”, given that the FBI did not know the significance of the newly found emails.

Meanwhile, Mrs. Clinton has directed the FBI to immediately go ahead and give “full and complete facts immediately”.

It would be recalled that that the FBI boss Friday, wrote to Congress, claiming the FBI had learned of fresh emails which may be “pertinent” to its previous inquiry into the Democratic Presidential candidate’s use of a private server when she was secretary of state.

Mr. Comey has been criticized by Mrs. Clinton’s supporters over his decision to make the information public so close to polling day.

Similarly, Clinton campaign chairman John Podesta said the information provided by Mr. Comey was “long on innuendo” and “short on facts”, with “no evidence of wrongdoing. No charge of wrongdoing. No indication this is even about Hillary”.

Podesta contended that 24 hours from Comey’s revelation, there was no real explanation on why he had decided to send a Congress letter.

He argued that the more that information had emerged, he said, “the more it seems overblown”.
The FBI has claimed that Mrs. Clinton held classified information on a private email server.