US Beheaded Journalist’s Family Describes Stephen, A Victim Of Passion 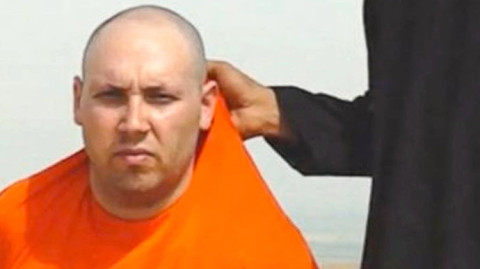 The late American journalist, Steven Sotloff allegedly behead by the Islamic State militants (ISIS) in Iraq has been described by his family as a professional who sacrificed his life to satisfy his professional passion.

Sotloff whose video clip of his gruesome killing by the militants was made public early in the week, was praised by his family at a press conference in Florida, specifying that his life was cut short for the sake of troubled people of the war turned Middle East country. The family ironically said he was not a hero.

The family Spokesperson, Barak Barfi stated at the press conference that late Steven “wanted to give voice to those who had none”, adding that he “was no war junkie and did not want to be a modern-day Lawrence of Arabia”.

Barfi who described Sotloff as a veteran journalist with wide experience on war coverage, maintained that he ultimately sacrificed his life to bring their story to the world.

He noted that despite the fact that the journalist’s family is presently grieved over the loss, he maintained they would still emerge stronger.

Mr. Barfi confirmed that Steven’s life was cut in between two poles, which he mentioned include: his love of home life and his passion for the Arab world. He commiserated with the family of fellow American journalist, Jim Foley, who was killed about two weeks ago in similar circumstance by ISIS.

The United States Vice President, Joe Biden submitted the militants who killed Stephen and Jim would be trailed “to the gates of hell”.

US President Barrack Obama has stated in his earlier reaction that the country would not be intimidated by beheading trend by ISIS, stating that the country had wide reach and wherewithal to curtail their callous offensive.