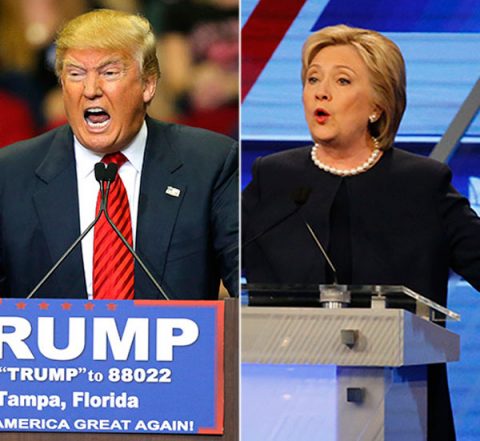 The two candidates held rallies in the battleground states of North Carolina, Pennsylvania and Michigan.
While Mrs. Clinton urged voters to support a “hopeful, inclusive, big-hearted America” Mr. Trump told supporters they had a “magnificent chance to beat the corrupt system”.

Mr. Trump added: “Today the American working class is going to strike back, finally.’’ He pledged to reverse job losses.

His rival Mrs. Clinton admonished her supporters that they did not “have to accept a dark and divisive vision of America”.

As at early Tuesday – Polls give Democrat Mrs. Clinton (48 per cent) a four-point lead over Republican Mr. Trump (44 per cent).

Over 46m of Americans have voted early by post or at polling stations.
There are signs of a high turnout among Hispanic voters, who are believed to favour Mrs. Clinton.