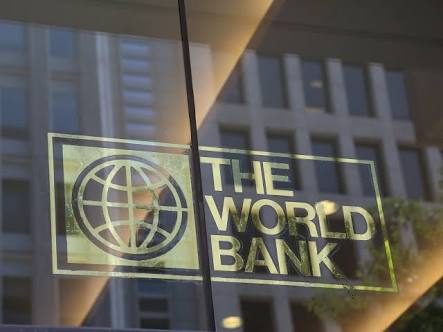 BALTIMORE, MD (AFRICAN EXAMINER) – The World Bank appers set to release more information on the spending of recovered loot by late General Sani Abacha as it has referred portion of appeal by Socio-Economic Rights and Accountability Project (SERAP) to the Bank Archives Unit for processing for public access.

This development was disclosed on Monday in a statement by SERAP’s Executive Director, Adetokunbo Mumuni. It followed an appeal the organisation lodged with the Bank onFebruary 5, 2016 on the ground that the Bank’s decision on its initial request did not reveal “important portions of the information requested on how Abacha’s loot was spent.”

According to Mumuni, the Bank Access to Information Committee (AIC) in its Decision on appeal issued in Case number AI3982-A dated 29 April 2016, and sent to SERAP held that although, the appeal by the organisation was not filed within 60 days of the Bank’s decision as required by its Access to Information Policy, SERAP appealed nonetheless “contains a request for additional information, not previously submitted by the requester, and which the Bank has neither considered nor denied. Accordingly, the AIC refers back to the Archives Unit this portion of the appeal for processing for public access.”

“Other aspects of the spending of Abacha loot the Bank referred to its Archives Unit for processing for public access are: information on: how the $50mn Abacha loot received before 2005 kept in the special account was spent; evidence and location of schools which benefited from the Universal Basic Education (UBE) program in the amount of NGN24.25bn; and evidence and location of the 13 road projects completed with the recovered Abacha loot, including the names of the 3 of the largest road and bridge projects in each geo-political zone.”

Reacting to the Bank’s appeal decision, Mumuni said, “It’s trite law that no procedural requirements should ever be made a tool to deny justice or perpetuate injustice. SERAP therefore welcomes the decision by the World Bank not to allow technicalities (regarding its requirement of 60 days within which to file an appeal to it) stand in the way of substantial justice, and truth on the spending of recovered Abacha loot as to do otherwise would have amounted to a miscarriage of justice for millions of Nigerians who are victims of corruption.”

“We now hope that the Bank Archives Unit will move swiftly to allow public access to the information requested, as directed by the Access to Information Committee. Any further delay in disclosing the information will delay justice to the Nigerian people. And justice delayed is justice denied.

“In this respect, SERAP calls on Dr Ngozi Okonjo-Iweala former Finance Minister who coordinated the Bank’s report to assist the Archives Unit in its task for speedy disclosure of evidence and locations of projects on which recovered Abacha loot was spent.

The World Bank AIC appeal decision reads in part: “Summary of Decision: The Access to Information Committee (“AIC’) found that the appeal is not properly before the AIC for consideration. The appeal in this case was filed 75 calendar days after the Bank’s initial decision. Under the Bank Policy on Access to Information, appeals to the AIC must be filed within 60 calendar days of the Bank’s decision.”

“Notwithstanding the above, the AIC found that the appeal contains a request for additional information, not previously submitted by the requester, and which the Bank has neither considered nor denied. Accordingly, the AIC refers back to the Archives Unit this portion of the appeal for processing for public access.”

“The Decision Facts: On September 21, 2015, the requester submitted a request (“Request”) for “documents relating to spending of recovered assets stolen by Late General Sani Abacha and the Bank’s role in the implementation of any projects funded by the recovered assets and any other on-going repatriation initiatives on Nigeria with which the Bank is engaged.” On November 25, 2015, the World Bank (“Bank”) responded to the Request by providing the requester with 11documents.

“On February 8, 2016, the secretariat to the Access to Information Committee received an application (“Application”) appealing the Bank’s decision. The Application challenges the Bank’s decision on both a “violation of policy” and “public interest” basis. The Application states, in relevant part, the following: [Intentionally omitted] is sending this Appeal to the AI Appeals Board against the World Bank decision dated 25 November 2015 to provide patently insufficient information on the spending of recovered stolen funds by the late General Sani Abacha.”

“We consider this a serious violation of the AI Policy, as it amounts to improper or unreasonable restriction of access to information. Following receipt of several documents from the World Bank totaling over 700 pages on the Abacha loot, [intentionally omitted commenced independent investigations and verification of some of the information supplied with appropriate agencies and institutions of government,” it added.

“Under the Bank Policy: Access to Information, July 1, 2015, Catalogue No. EXC4.01-POL.01 (“AI Policy”), appeals to the AIC ‘must be filed (…) within 60 calendar days of the Bank’s decision to deny access to the requested information’ (see AI Policy, at Section III.C.8 (b) i). In view of this requirement, the Application is not properly before the AIC for consideration.”

“Notwithstanding the above, the AIC found that the Application contains a request for additional information, not previously submitted by the requester, and which the Bank has neither considered nor denied. Accordingly, the AIC refers back to the Archives Unit this portion of the Application for processing as a new request for public access.”