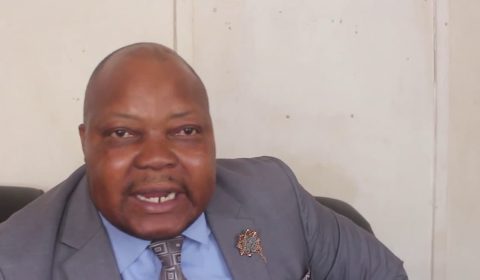 (AFRICAN EXAMINER) – Main opposition party MDC Alliance vice chairperson Job Sikhala who has been in remand prison for over a month on allegations of inciting violence was finally released on Z$50 000 bail on Tuesday.

Sikhala had been denied bail by a magistrates’ court before he approached the High Court with an appeal.

Justice Erica Ndewere who upheld the lawyer-cum politician application, blasted police for failing on their investigative role saying the law enforcement agents relied on social media other than establishing their own probe.

The judge concurred with Sikhala that when he spent about two weeks in hiding he was not running from the law but from unidentified men who pursued him.

As part of bail conditions, the judge ordered Sikhala to deposit Z$50 000 bail with the Clerk of Court, surrender travelling documents, continue residing at his given address and not interfere with witnesses as well as report three times a week to police.

His party president Nelson Chamisa, another opposition leader Jacob Ngarivhume who is also on bail for similar charges and journalist Hopewell Chin’ono, also on bail were present during the bail hearing for solidarity.

The charges emanate from alleged involvement in events calling for public violence before the July 31 demonstrations that were blocked by security forces.