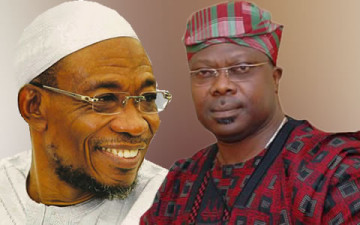 Ahead of the governorship election in both Osun and Ekiti states, the federal government of Nigeria has condemned a group, Oodua Foundation, over its recent publication in the media that the South-West geo-political zone of the country was heading towards serious violence ahead of the governorship elections slated to hold in Ekiti and Osun states in June and August respectively. 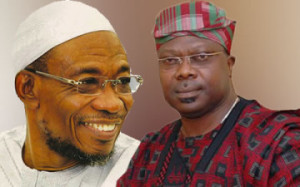 The Minister of Police Affairs, Alhaji Abdul Jelili Adesiyan, disclosed this in a statement signed by his Chief Press Secretary, Wale Akinola, that the write up was not only ‘senseless’ but a calculated attempt to destabilise the peaceful atmosphere of the zone ahead of the two decisive elections.

In the statement, “It is not surprising that the group is only acting the script written by its sponsor, All Progressive Congress (APC). If this is not so, why on earth, a peace loving group or individual will be pre-empting violence, rigging and killing ahead of the elections that have not been conducted?

“Everybody knows that the primary function of APC is to make false alarm to attract sympathy of people but this time around, their antics will not work because people have learnt their lesson from the misrule of APC in the South-West and they are ready to take their destiny in their hands.

“Oodua Foundation, which has its headquarters in United States, is equally trying to employ the same antics so that its sponsor can muster support of the people of Osun and Ekiti during the elections. But I want to emphasise that whatever strategy or plan put in place by any group or individual being sponsored by APC to destabilise the elections in Ekiti and Osun States and paint PDP as the perpetrator of evil will be seriously resisted.

The statement further read, “It is very unfortunate that the group is singing violence and rigging when the country is facing security challenges, especially when the whole world has risen to help the country in the search of Chibok school girls abducted by the dreaded Boko Haram sect some weeks back.

“It is rather pathetic that this group is reminding Nigerians of the hay days of Wild Wild West where many lives were lost and property destroyed. Isn’t that a sheer madness for a group under whatever guise to be sounding war tone even when the elections are yet to be conducted?

“Isn’t that a self confession for the group to be saying that “rigged elections in any part of the Yoruba homeland could provoke Yoruba reactions that could escalate into horribly wider conflicts beyond election protests? The simple interpretation of this statement is that the group has really told Nigerians that it sponsors has concluded plans to rig the election so that they can remain in office at all cost.

“Isn’t that sad that a group that claims to have academics and professionals as members is being cheaply used by APC to cause commotion in the South-West instead of using their intellect to develop their fatherland?

“The so-called professors, who authored the write-up are supposed to be leading light in their various field of studies but it is sad that they have now become toys in the hands of political party that uses them to achieve its sinister purpose ahead of the elections.

“Why is now that the group is crying foul that the machinery of federal power at the disposal of some powerful politicians should not be deployed to bring electoral fraud and its usual consequence of violent deaths and destruction of people when it is clearly seen that APC has lost the election even before its conduct.

“Where was the group in 2011 when the ruling PDP lost some of its states in the South-West to APC? Was machinery of federal power not functional then? Did anybody talk about rigging or electoral fraud? But now that the PDP is set to reclaim the zone from the APC, the song of using federal might to rig the elections has become the order of the day.

“To put the record straight, whenever APC wins, the election is free and fair but when they lose the election, the winner has used the federal might to rig the election. Now that the coast has become clearer that Aregbesola’s days in office are numbered, the party has also employed some groups including the Oodua Foundation to speak on its behalf so that it can get people’s sympathy but their propaganda cannot work this time because you can only fool all of the people some of the times but you cannot fool all of the people all of the time.

“As a matter of fact, what the group’s major sponsor needs now is to start counting his days in office because he has put the state in serious debt that will take the incoming government some years to overcome, he has succeeded in bringing the eduction system in the state to its lowest ebb due to his policy somersault in education and he has also destroyed people’s property under the guise of urban renewal.

“I want to sound a note of warning here that the song of violence and rigging orchestrated by the APC ahead of the coming elections will be resisted because we know that their plan is to resort to violence during the election and we will ensure that nothing untoward happens to the electorate before, during and after the election. It is equally noteworthy to say that it is only fools that will set their homes on fire because of pecuniary gains as being demonstrated by this so-called group.”