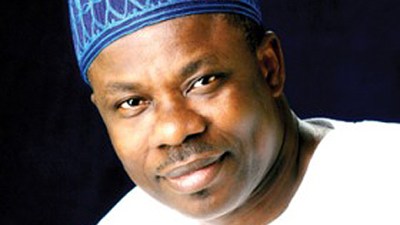 Spread the love
Ogun State Governor, Senator Ibikunle Amosun, has congratulated the Super Eagles of Nigeria and their handlers on their 2-0 win over Ethiopia, to qualify for the Brazil 2014 edition of the World Cup. 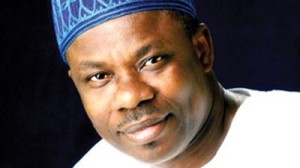 Governor Amosun noted that being the first African team to qualify for the finals, and coming on the heels of the U17 Golden Eaglets’ World Cup victory, the players and indeed Nigeria are being given another shot at history.

In a press release signed by his Senior Special Assistant on Media, Mrs Funmi Wakama, Amosun urged the Super Eagles to be more determined than ever before to win the World Cup. He said their qualification has again demonstrated the unique position and supremacy of Nigeria in sports in general and football in particular.

“With the 4-1 aggregate win over Ethiopia and as the first African team to qualify from the continent, we have again demonstrated that as a people, we are unstoppable and that with determination, hard work and team spirit, we can achieve a lot. History once again beckons, the Super Eagles must grab this opportunity with both hands.” the governor said.

He expressed happiness at the victory and urged the Super Eagles not to see their qualification as an end in itself but a means to a glorious end.