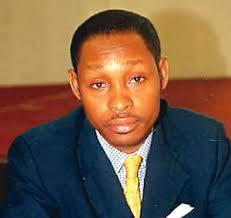 The Centre for Social Justice (CSJ), an Abuja based Non-Governmental Organization (NGO) has expressed its fears over the feasibility of conducting the proposed National Conference in Nigeria, particularly amidst preparations for the 2015 general elections.

The political parties in the country have apparently raised the tempo of their pre-electioneering activities following the release of the time table for the 2015 general elections by the Independent National Electoral Commission (INEC) a couple of weeks ago.

Similarly, the tenor and modalities for the conduct of the national conference as announced recently by the Secretary to the Government of the Federation (SGF), Senator Anyim Pius Anyim, has equally fueled deliberations on the conference in public discourse across the country.

The Centre said the idea of convening a national dialogue where the people can discuss pertinent issues bordering on the collective interest of all Nigerians was desirable but the timing may however, pose a very huge challenge to the realization of its objective.

The CSJ noted that such a very delicate and sensitive conference cannot hastily be concluded within an election year with all the attendant tensions, divisions as well as dysfunction of Nigeria in full force, adding that the tentative three months time frame allotted for it, was very unrealistic.

“Already INEC has announced the timetable for next year’s generation and by September or October the parties would have done their primaries and the conference is yet to begin. Mind you, as soon as candidates emerge for the respective parties, the issue of Moslem, Christian, North, South, Hausa, Ibo, Yoruba, Ijaw and other primordial sentiments will become very crystallized and accentuated. That is not the time to do a conference”, the Centre said.

The Centre also added that a period of six months would hardly be enough to conduct a national dialogue in a very complex nation like Nigeria, adding that the Federal Government should have taken pre-cautionary measures in setting the time frame by drawing lessons from the past in order to accommodate all eventualities such as walk-outs and horse-trading which may take a lot of time to resolve during such talks.

“The expectation is that such a conference would not end in six months considering the fact that we are in an election year, especially when some people are already threatening to raise hell if their candidates don’t get some specific slots that they so desperately want. We loved the idea of a conference but whether it is feasible with this time frame and environment, is what we cannot vouch for”, the CSJ added.

Eze Onyekpere, Lead Director of the Centre who gave the warning during an exclusive interview with African Examiner in Abuja, further observed that the idea of convening the conference appears to be a second thought on the part of President Goodluck Jonathan because, according to him, the President had never been a fan of national dialogue and besides there is constitutional amendment going at the National Assembly.

“It was at the heat of the raging crises rocking his administration resulting in him being boxed left, right and center that he suddenly remembered national dialogue. Also look at the time left for him now. He assumed office in 2011 and if the conference had started in 2012, it should have been rounding off by now. We foresee a dialogue, going the way of the last one when some groups from the Niger Delta staged a walk out when their demand for 50 per cent derivation was rejected. There should be room for all the horse-trading that are bound to take place and all that cannot happen in three months”, he stressed.

Also reacting to the sharp increase in the recurrent expenditure for the 2014 budget estimates, he noted that despite the excuses that has been given by the Budget Office and the Federal Ministry of Finance, the increase further goes to show that the leadership is not responding to the yearnings and aspirations of the citizens.

In the same vein, Onyekpere equally lamented the low budgetary allocation to the health sector for the 2014 fiscal year, adding that Nigeria is not meeting the local and international standards it set for itself in the sector.  He said not much is happening in that sector because the country has fallen fall short of the 15 per cent target.

“That also shows that those in the corridors of power are not ready to stop the medical tourism and junketing all over the world. If they were ready, they would provide more money for the sector”, he further stated. He however pointed out that the challenge in the health sector goes beyond poor funding because, according to him, the sector is plagued by series of industrial disharmony.

On the way forward for the sector, the CSJ Lead Director harped on the need for the government to put in more resources and energy into driving the Health Insurance Scheme in such a way that the country can attain universal coverage. This, according to him, would facilitate getting more Nigerians to enjoying better and adequate health services even though it will require more money on the part of government and also for citizens to contribute even a minimum premium in order to enjoy some level of health service.

Also commenting on the recent projection that the country currently  ranks amongst the next four economies with the brightest growth potentials in the world, Mexico, Indonesia, Nigeria and Turkey (MINT), he opined that Nigeria has all it takes to be amongst the richest nations on earth, if and only if good leadership comes on stream.

“I tell you, if by change or accident, luck or mistake people who are good take over the governance of this country, even if it is a benevolent dictatorship, Nigeria will move. We don’t need to be borrowing money right, left and center for the execution of developmental projects. We have over N3 trillion in the Pension Fund which could be used for long term investment to ensure economic growth and development. If we have the right leadership, we can overtake the other MINT countries”, he further disclosed.

Onyekpere also advised the government to take advantage and make good of the Infrastructure Regulatory Concession agency, which is supposed to drive Public Private Partnership (PPP) in the country in order to address the nation’s huge infrastructural needs.

The CSJ boss also stressed the need for Nigerians to become more patriotic by voluntary declaring their income and paying their taxes accordingly. This, according to him, will complement and add value to on-going tax administration reforms embarked upon by the Federal Inland Revenue Service (FIRS).

“We need more transparency in order to attract more people into the tax net. If people see that their money is more prudently utilized, more people will willingly and voluntarily pay up their tax without any reservations”, he assured.

On the recent warning issued by the State Security Service (SSS) on the issue of inflammatory statements by politicians and opinion leaders in the country, he cautioned that people should exercise restraint and talk within the confines of what the law allows.

“Whoever wants to speak should go straight and make his or her point as passionately as possible with your facts and figures and then leave it at that. Don’t call anybody to take the law into his or her hand”, he further admonished.