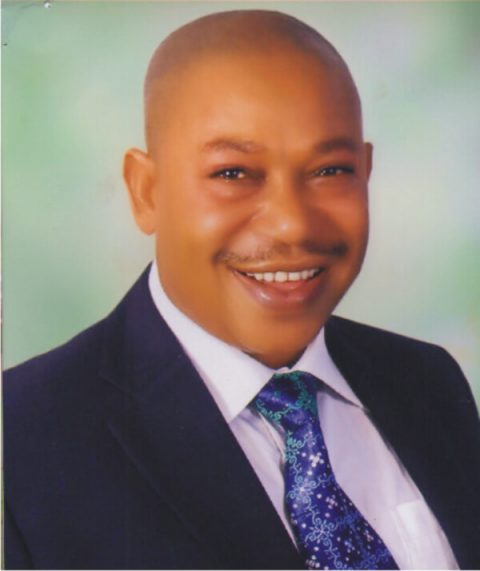 OWERRI, IMO, NIGERIA (AFRICAN EXAMINER) – The alleged 2019 gubernatorial ambition of the Imo State of Assembly Speaker Hon. Acho Ihim, has pitched him against some of his colleagues, who are bent on impeaching him if he failed to shelve the dream.

AFRICAN EXAMINER gathered that Hon. Ihim, who is also President of the Common wealth Parliamentary, Africa Region, started nursing the ambition after the incumbent Governor, Owelle Rochas Okorocha, assured the people of Owerri senatorial district where the Speaker hails from, that he will hand over power to them in 2019.

Our Correspondent also reliably learnt that the aggrieved lawmakers involved in the impeachment plot met recently at the Owerri residence of a top politicians in the State who has promised to fund the imminent sack.

The aggrieved legislators are equally accusing the Speaker of making the Assembly an extension of the Government House because of his alleged gubernatorial ambition.

One of the anti Ihim lawmakers, who craved anonymity said: “We have never had it so bad in this state where legislators have lost so much respect among the populace because of the ambition of the Speaker who has turned himself as an aide of the Governor.

“Because of his ambition to become Governor in 2019, he is undermining the powers of the legislature to the extent that allowances due to members of the House are not paid to them.

“We have therefore, resolved to ask the Speaker to resign honourably or we will be forced to remove him in accordance with the constitution for incompetence.”

He disclosed that they have already commenced the process of getting the required two-third majority members to impeach the Speaker.

The lawmaker, added that even though, they are not against the ambition of the speaker, it must not be at the detriment of members of the House of Assembly.

“It is only in this dispensation that a Speaker who is the number three man would be kept waiting by the Chief of Staff to the Governor at the government house.

Reacting to the development Tuesday, media Assistant to the Speaker, Mr. Ben Ilochuonwu, dismissed the alleged impeachment plot, describing it as “an unfounded rumour”.

The Speaker’s spokesman maintained that his principal has no governorship ambition in 2019, adding that the rumour is the handiwork of his political enemies within and outside the Imo Assembly.

According to him, the Speaker has always ensured that members got their legitimate entitlements and “there is no problem in the House, there is no division” he declared.

“It is not true that members want to impeach the Speaker because we have been getting our legitimate entitlements as at when due. So, it is nothing but a mere rumour.

The pro-Ihim lawmaker added “Besides, there is nothing wrong if the Speaker is nursing the ambition to be Governor, but to say that some members of the House are plotting to impeach him on that basis is totally false.

Ezediaro stated that the Speaker and members of the House have been working harmoniously ever since he took over mantle of leadership of the legislative arm of government in the state.

“The Speaker has never told anyone, to the best of my knowledge, which he wants to contest for the governorship of the state in 2019’’ the legislator restated.