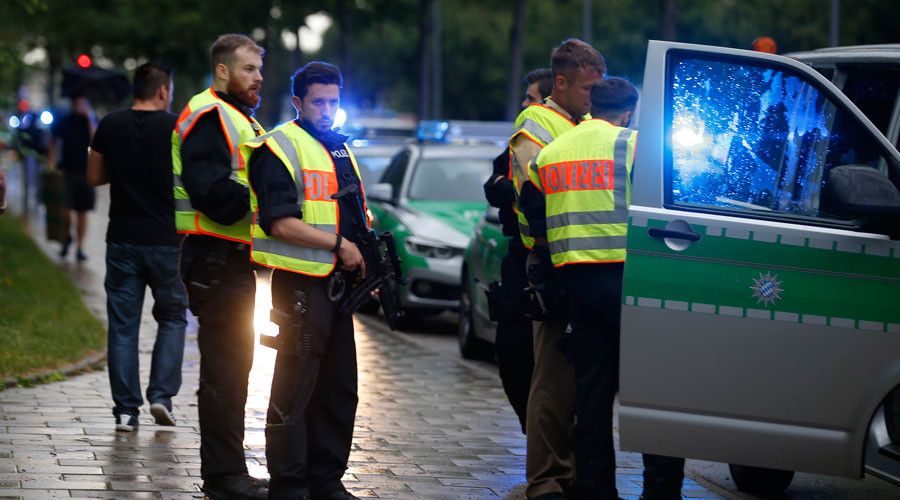 BALTIMORE, MD (AFRICAN EXAMINER) – No fewer than six people were killed, while several others were injured, Friday after a shooting suspected to be masterminded by terrorists at the Olympia Mall in Munich.

The city Police have also confirmed that the perpetrators of the shooting were on the run. Residents have been advised to avoid public places.

Shop owners and workers have been trapped in the building, amidst worry of further attacks.
While public transport has been suspended as the extensive security operation continues; the city’s central railway station has been evacuated.

Consequently, commuters have stranded and unable to be transported home, a situation which resulted to the locals providing shelters.
Meanwhile, a clean-up security operation is under way at the shopping centre in the north-Western Moosach district.
The police Facebook page quoted eyewitnesses as saying they saw three attackers with guns.