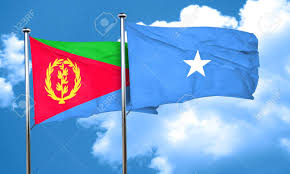 The thawing of relations comes after Somalia’s president on Saturday began a three-day visit to Eritrea in a bid to normalize relations.

According to a joint statement, both countries plan to take up political, economic, defence and security cooperation, exchange ambassadors and promote bilateral trade and investment.

Eritrea and Somalia were also planning to work together to foster regional peace, stability and economic integration, the statement read.

It was the first visit by a Somali president to Eritrea since the latter gained independence from Ethiopia.

When relations soured between Eritrea and Ethiopia, Somalia sided with Ethiopia.

Mohamed decided to visit Eritrea after the country signed a peace agreement with Ethiopia earlier this month. Somalia, Eritrea and Ethiopia are all located in the Horn of Africa.

The diplomatic thaw between Eritrea and Ethiopia began under new reformist Ethiopian Prime Minister Abiy Ahmed, who came to power this year.

Ethiopia announced it would fully accept the terms of a 2000 peace agreement that it had previously refused to honour, officially marking an end to a border war that claimed tens of thousands of lives between 1998 and 2000.

Eritrea was part of Ethiopia until 1993, when it declared independence following a referendum. (/NAN)