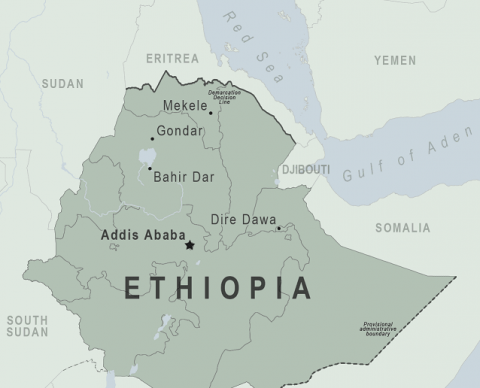 (AFRICAN EXAMINER) – Four days since the murder of famed Oromo entertainer, Hachalu Hundessa, normalcy is returning to the Ethiopian capital after last few days of deadly protests, bomb blasts and deployment of the army to curb rising violence.

The BBC reports that many businesses and offices in Addis Ababa have reopened as of Friday morning.

The city mayor had on Thursday evening addressed the populace urging people to get back to work.

The Africa LIVE page also says public transport has also resumed, amid heavy security presence on the streets. Clashes especially in the capital led to death of ten people with police quoted as saying there were active plans to incite communal violence.

The funeral of Hundessa, was held Thursday in his hometown of Ambo, in the Oromia region amid heavy security presence. Two people died in scuffles with security forces.

His death reignited tensions across Africa’s second most populous nation. Demonstrations resulted in the deaths of 81 people and increased political and communal tensions was only curbed by deployment of the military.