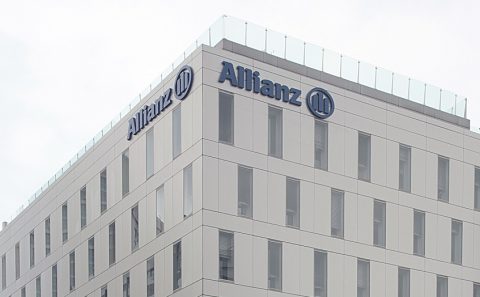 MAROC, (AFRICAN EXAMINER) – The Allianz Group has announced its determination to double its market share in the next five years, priotize customer satisfaction and unveil a steady communication campaign.

Morocco Allianz Chief Executive Officer, Dirk De Nil made the disclosure in Maroc at a press conference which heralded  the official launch of the group in the North African country.

De Nil indicated that the company has officially been a part of the Allianz Group since November 3, 2016 following the acquisition of 98.9 per cent of Zurich Assurances Maroc and after obtaining the relevant regulatory approvals. He added that it began operations January 30, 2017, under its new brand – Allianz Maroc.

The CEO asserted that the group was confident that it had all the means necessary to claim a greater position in the Moroccan insurance market, therefore promised it would continue to grow faster and in a ”sustainable way”.

On his own, Head of Allianz SE’s Business Divisions for Africa, MENA and India, Hicham Raissi, explained ”Morocco is an important growth market in Allianz’s strategy in Africa. The country has positioned itself as a hub for the continent”.

He continued: “Our investment in Morocco shows that we believe in the growth potential of the Moroccan insurance market. We will accompany our retail and business clients in Morocco and all over the world, while providing superior quality service”.

Allianz Maroc’s stressed that its ambition was to strengthen its presence in the market, double its market share by 2021, and become the benchmark in the Moroccan insurance market.

It is against this background that it promised it would further orient its offerings around multiple customer segments to provide more targeted and personalized value propositions, adding ”offering superior service and tailored solutions to customers are among its top priorities”.

If targets were to be achieved, the company pledged it would focus on digital channels to communicate with customers in real time and quickly handle claims.

The company will also develop synergies with other entities of Allianz, including Euler Hermes, to better serve business customers interested in expanding and/or exporting to other African markets.

Allianz Marco restated that in order to facilitate the goals and establish a solid reputation of the brand, it will launch a ”360° communication campaign” after the official launching.