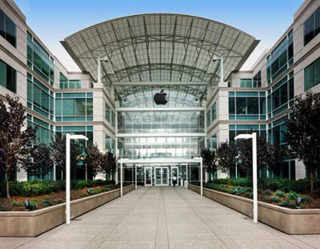 BALTIMORE, MD (AFRICAN EXAMINER) – After being sanctioned, tech giant, Apple has filed an appeal against a European Union, which ordered it to pay €13bn (£11bn) in back taxes in the Republic of Ireland.

It would be recalled that in August, the EU ruled that Apple’s tax arrangements in Ireland were illegal and demanded the record penalty.

However, the empire reacted and declared that it has been singled out and was “a convenient target”.
Similarly, Ireland has contested the ruling, claiming that EU regulators were interfering with national sovereignty.

In its statement, Apple claimed that it was the largest taxpayer in the world, in the US and in Ireland.

It had established that if the EU ruling was allowed to stay, the company would pay 40 per cent of all the corporate taxes collected in Ireland.

Apple also indicated that it paid 26 per cent tax rate on its worldwide earnings, but informed that it was correct that it paid most of that in the US.

The company stressed: “Because our products and services are created, designed and engineered in the US, that’s where we pay most of our tax… this case has never been about how much tax Apple pays, it’s about where that tax is paid.”