Amnesty for Every Nigerian 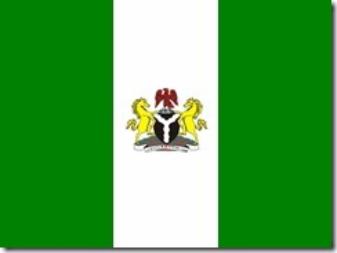 Spread the love
‘Amnesty is not about the Niger Delta region alone but about Nigeria as a whole. It should be about correcting all injustice wherever found in Nigeria; it is about doing those things that would build a Nation out of the separatist factions and disparate interests juggling for attention and resources. This is the only way the program can be sustainable’.-Nwokedi Nworisara, 2009

A Political system may achieve stability via policies put forward by the various regimes in power. Policies are organised in such a way as to achieve socio-economic stability. Stability comes about when policies exist to benefit the three major classes of society. While the upper class is concerned with economic growth, the middle classes crave for service delivery and better wages, the lower classes are concerned with welfare. A good government does not neglect welfare while pushing for growth because its absence may create instability capable of derailing the other two. Today Nigeria is talking about becoming one of the top 20 industrialised nations of the world by year 2020. Great plans have woven made to achieve requisite economic growth to take us there. There is the power reforms much talked about as well as many others. Meanwhile Statistics show that the youths constitute 70% of the populace and at least 70% of the youths are unemployed. It means that the best avenue to achieve stability while awaiting 2020 is to put forward a comprehensive interventionist welfare policy for youths to help create more time for the government to achieve its lofty goals. Unfortunately, this process did not come
about. Happily, the only programme on stream that satisfies this requirement today is the Amnesty programme for Niger Delta militants.

The programme conceived by Late President Yar Adua came on stream two years ago. This writer was one of those who supported the Amnesty Programme in 2009 at its inception. My article on the issue: “Amnesty for all Nigerians” posited that the programme should be a national intervention to mitigate rising youth unemployment in Nigeria. The reason being that we operate in an organic polity whereby a problem spreads its effects when not tackled holistically. Today, almost every word of this article has come true. We have many other youths asking to be included in the Amnesty programme and some innocent youths may have submitted guns just to be included in the Niger Delta programme. The success of the Kinsley Kuku led Amnesty programme is just a pointer that this is actually the direction government should be going if she is serious about ending youth unemployment and its inherent instability in the polity.

There is no way a government can avoid a massive welfare programme for all Nigerian youths whether militant or not. After all when has it become a blessing to be an offender? No country in the world can survive for long faced with the same statistics of unemployed and unemployable youths and goes about talking about anything else. If only for selfish reasons those who sit in big offices should recognise that it is people like Kingsley Kuku that  is keeping them earning another months salary by merely training and being seen to train youths to acquire requisite skills to earn a living. It is the duty of government to find jobs for the young after their education. What Nigerian youths need is unemployment benefits paid across board like in many countries that would not want to jeopardise everything. Let me tell you that all deviant behaviour we have seen whether Boko Haram,kidnapping kingdoms,militancy,bunkering,and armed robbery are given fuel by rising youth unemployment as well as inability of government to show real concern through such tangible programmes as the Amnesty programme. If I were the President, I would use the Amnesty programme as entry point to mobilise all other youths. I would order immediate expansion of the scheme to include all the unemployed in Nigeria . Every Nigerian whether corrupt or a lier; whether a deceiver,419 or human trafficker or even the innocent hardworker deserves Amnesty. Considering they did not bring about the years when the locust had its fill in Nigeria;considering they had no hand in educational decline they deserves an agency like the Kuku led Amnesty Programme to be retrain them and offer them new hope for life. There would be a Ministry of youth to supervise these programmes and it should get all youths to register for a minimum monthly stipend of at least N15,000. In return, the youths give up their particulars and you can then create jobs for them realistically.

To position the present Amnesty Programme to engender a nationwide welfare system for youths should be the focus now. If you look at what the Kingsley Kuku led Programme is doing you may delineate three trusts. The first one is to retrain the youths recognising the deficiency in our present educational system vis a vis the potential employment opportunities in the Niger Delta Region. Secondly, the programme design acknowledges that jobs and the education plus requisite training are missing. It means that some of these youths would receive training abroad. The sacrifice of proper training should be borne by the country because these youths are not to blame for the brain drain that has left our institutions second rate. The Amnesty programme recognises that you do not punish these youths for a crime society failed to insulate from them. In essence, what government is doing is share the blame by footing the bill for a better education. Of course, there is the sense in negotiating with these groups but it comes only as a way of taking control and reorganising the justice apparatus more equitably.  In essence, the Amnesty programme would grow from phase to phase. Stay too long in a particular phase and the effect elapses.

Finally, there is the reintegration of these trainees into society, hopefully a society that has changed in the meantime while the youths trained or schooled aright. It means that you are also embarking structural changes to make sure we do not end up having another batch of troube makers to retrain in future. You ensure that structural defects in the constitution are fixed. The last exercise of job-hunting for these youths completes the responsibility and brings on the stability needed. It is no longer going to be enough for government to hide under the excuse that youths should seek self-employment for look at what it has brought us. Bunkering, Armed Robbers, Ritual Killers, human trafficking, Kidnapping. I am not sure any of these courses are taken inn any formal educational institution I know in Nigeria . There is an age you cannot force a man or woman into self-employment. Even then, it should have been after a successful career in a formal sector son that the self-employed could be attuned to formal institutional requirements as well as obey the laws of decency. The whole essence of welfare is for government to maintain control only over the youths at their most vulnerable period of growth and maturity. You can only exercise power over someone that owes you something. So competent governments make the youths owe them some gratitude for their education, for good jobs and social justice. That is why you will never see any government preaching self-employment just as we do with relish here. All said it needs a committed manager,a selfless person to manage a welfare programme
to train youths and give them hope because your gain is only in the success of the people concerned. A trader and political contractor may be unable to superintend the growth of human beings. Welfare is a strange area in Nigeria where the political system throws up the most selfish public officers ever created,those who look up to themselves for strength and build up their families to periodically access them and congratulate them. Such people could not have been able to run the Amnesty programme to the point of bringing about the
relative peace in the Niger Delta today.

However, the Kingsley Kuku led Amnesty programme has many hurdles to cross if he must maintain the present momentum. It is not yet Uhuru. Infact the only reason people are cheering is that it is a novel idea in Nigeria to see an agency of government delivering welfare in tangible forms not on pages of the newspapers alone. The biggest hurdle comes when the government fails to expand the programme to include other unemployed in the country whereby the phasing of the programme stagnates. Then other criminal groups may struggle
to undo each other to claim attention and in the process, the economic growth that would guarantee a sustainable job creation may turn to a mirage because of increasing instability in the country. To avoid reaching this point it is important we expand the scheme to become the national vehicle to engage the youths and thereby extend welfare to the deserving while gaining valuable time to allow the administration of President Goodluck Jonathan fulfil his mandate.

Mr Nworisara a Policy and media consultant is based in Port Harcourt Nigeria.