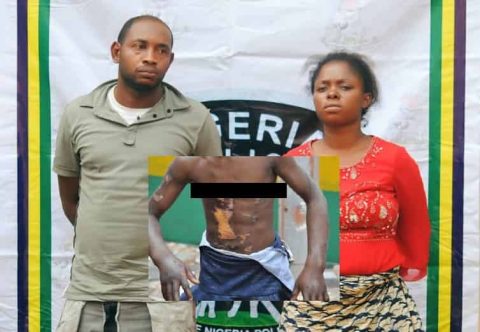 (AFRICAN EXAMINER) – Since its establishment in November 1997, Women Aid Collective (WACOL), a non-governmental and human rights organization with headquarters in Enugu, South- East Nigeria, has continued to give voice to the voiceless, especially vulnerable  less privileged children and women in the society.

The organization, under the headship of a renowned human rights lawyer and social crusader, Professor (Mrs) Joy Ezeilo, who is the founding Executive Director and incumbent Dean, faculty of Law Enugu campus of the university of Nigeria (UNN), has since inception stamped its footprint in the sands of time as far as issue of spearheading course of the voiceless, children, widows, and women are concerned.

Armed with a vibrant legal department that coordinates its outings in courts, WACOL, has over the years, pursued vigorously scores of human rights abuses related cases in various courts in Nigeria, including provision of Pro- bono legal services to citizens who can’t afford its financial cost.

However, there is no gainsaying the fact the outfit since its establishment has changed the narrative of human rights abuses in Enugu state, south East Nigeria, and country at large, as it has continue to serve as a watch dog of the society.

For most violators of human rights in the country especially government security agents, such as the Nigerian police force and military personnel, the fear of WACOL, is the beginning of wisdom. The organization, which has continued to be at the forefront of ensuring justice for all, has equally in the past joined forces with other civil rights groups in waging serious war against impunity among security operatives.

On a regular basis, WACOL, has mobilised other non-governmental and civil society groups to stage peaceful protest and  awareness campaign  against certain inhuman treatments meted against women, such as rape/defilement, child trafficking, denial of inheritance, harmful widowhood practices, torture among others.

Only recently, Thursday, 2nd July, 2020, to be precised, the organization in its usual characteristics, alerted Enugu state  residents and the world at large of a wicked and inhuman act perpetrated against a 10 year old house help, identified as Miss Nneoma Nnadi, by her madam’ a 24 year old mother of three, Mrs. Ifeoma Ozougwu, who after using a hot pressing iron to design the little girl’s  body pierced nail on her head as well as insert fresh pepper on her private part.

The sad news which went viral and has continued to attract condemnation from many quarters, led to the arrest of the woman and her husband Mr. Jude Ozougwu, by the state police command which immediately charged them to a Magistrate court where they were arraigned and remanded in correctional facility in Nsukka Area of Enugu state.

Visibly touched by the inhuman act against the innocent poor minor, the WACOL, boss, had mobilized several lawyers, including those who appeared on pro bono service basis, to the magistrate court at Enugu North local government Area where the couple were charged for attempted murder.

Shortly after the couple’s arraignment, Professor Ezeilo who was physically present at the court, addressed a press Conference at the headquarters of WACOL, during which she vowed that the organization would not rest on its oars until the tortured and  brutalized poor girl who is currently receiving medical attention in an Enugu hospital gets justice.

She condemned the action in its entirety, describing it as  “wicked and man inhumanity to man” saying  the horrific violence on the little  girl- child was reported to the human rights organization  by some neighbours who heard  the child screaming .

According to professor Ezeilo, “WACOL was alerted about this case of a ten (10) year old girl who sustained grievous bodily harm at the hands of the so-called ‘Madam’ relative that she works for as a domestic help. The woman Ifeoma Ozougwu drilled nails in two places on her head, used hot electric iron all over her body.

“This is gory and torture of a young innocent girl whose only crime is being born to a poor widow who had to give her up to live with someone in the hope that she will get education and survive. We pray that she recovers.

The WACOL leader, however, commended the Enugu Police Command for swinging into action in arresting the culprit.  “we demand full wrath of the law on this woman that inflicted such a level of physical injury on this girl.

“I spoke to the distraught mother of the victim. She is a poor widow living in a rural village in Aku, near Nsukka, Enugu. It is time to eradicate child labour, ban and punish heavily anyone using children as domestic helps.

“The Child Rights Act and the NAPTIP Act must be effectively enforced. WACOL will follow through to ensure that justice is done in this matter. We appreciate responsible Enugu residents that severally informed and sought WACOL’s intervention on this matter” she stated.

She assured that the organization which has an observer status with the African Commission on Human and People’s rights will continue to promote human rights of women and young people as well as increase legal protection and fight for better choices for abused women and children.

Professor Ezeilo, who expressed shock at the degree of the  injuries inflicted on the 10 year old girl who hails from Aku community in Igbo-Etiti local government Area of Enugu state with her madam, said: “it is a very very sad case. They turned the little girl into a punching bag and torture theatre. this is a shame and has brought out the beast in the culprits.

“The mental torture is unimaginable. But we are suggesting that the couple be subjected to psychiatric teSt, because nobody in his normal senses would treat a child this way.  some lawyers have indicated interest to join WACOL pursuing this matter to its logical conclusion” She hinted.

Professor Ezeilo, who equally raised the alarm over the increasing cases of sexual and gender-based violence (SGBV) in Enugu state and South East Nigeria, disclosing that WACOL, recorded a total of 227 of such cases between April and June 2020

Prior to the culprits arrest and arraignment, the state police command had said via a statement by its Spokesman Mr. Daniel Ndukwe Ekea, “that the perpetrator of the wicked act and mother of three who resides in Enugu  were arrested by operatives of the Area Command.

“Following a credible information received at Enugu Area Command on 02/07/2020 at about 0900 hours, alleging that a woman in Akonameze Street, Thinker’s Corner, Enugu, inflicted degrees of injuries on her minor female ward, Operatives of the Command swiftly moved to the area where they rescued the victim, Nneoma Nnadi aged 10, arrested the suspect, one Ifeoma Ozougwu aged 24; and thereafter arrested her husband, one Jude Ozougwu aged 40.

The statement added: “On receipt of the visibly exhausted and traumatized victim, the Commissioner of Police, CP Ahmad Abdur-Rahman instructed the Area Commander to rush her to hospital for treatment.

The Commissioner “bemoaned why the suspect will be so heartless to abuse and inflict such grievous injuries on another woman’s child left in her care, and directed the immediate launch of a thorough investigation and prosecution of the suspect, her husband and any other culpable accomplices to the crime.

Ekea, further quoted the Enugu police boss, as  warning “all those who may have been in the habit or are intending to maltreat and/or inflict grievous harm on susceptible children to desist forthwith, as the Command will not spare anyone found culpable in such inhuman acts that infringe on the dignity and fundamental human rights of children.

“The Commissioner also advised parents/guardians to take responsibility, adequately care for their children/wards and train them with the fear of God Almighty.

“Meanwhile, preliminary investigation shows that suspect, who is victim’s relative and a mother of three (3), mistreats her to the extent of using different objects, including hot pressing iron, iron rod and nails to inflict several grievous bodily harm as well as inserting pepper into her private part.

“Residents of the state have been enjoined to remain law-abiding and promptly assist the police with credible information that will help in fighting crimes against vulnerable children by calling the command’s hotlines.

The presiding Magistrate, Joseph Agu, who arraigned the evil couple on  Monday, had ordered that they be remanded in Correctional Service centre Nsukka for attempted murder of their 10 year old house help, Miss. Nneoma Nnadi, pending on legal advise by the state Director of public prosecution DPP.

The couple, who are now facing the music of their evil action, were arraigned on a 3-count charge bothering on attempted murder.

They were charged with unlawful attempt to kill, unlawful intent to harm and engage a little girl in hazardous, injurious and exploitative work against her physical and socio-psychological development.

According to the court, the crime was committed between January and July 2020 at number 3 Akonameze Street, Thinkers Corner, Enugu.

The presiding Chief Magistrate, Joseph Agu, refused to admit the defendants to bail after their lawyer, Emeka Orji made move to that effect.

Agu said: “In exercise of my discretion, the offence is grievous going by the count one and count three of the charges; even as the girl is still hospitalised as well as the overwhelming public outcry; I reject the application for bail.

“I hereby remand the couple in Nsukka correctional facility pending further advice by the state’s Directorate of Public Prosecution (DPP).

“The matter is adjourned until Aug. 13 after hearing from the DPP,’’Agu hinted

The police prosecutor, Mr. Paschal Nwachukwu, had earlier argued that the court had no jurisdiction on the matter because of the gravity of the offences especially count one and count three of the charge.

Nwachukwu said that going by the lack of jurisdiction of the magistrate court to entertain the matter, the issue of bail remained premature, uncalled for and against the dictates of the law. “The evidences of this matter is grievous and weighty.

“How can one explain nailing a child as was done to Jesus Christ, using hot pressing iron, sharp and dangerous objects on her even to her private part,’’ Nwachukwu, who is the officer-in-charge legal services of Enugu State Police Command, said.

But, the defence counsel of the Ozougwus, Barrister Orji, prayed the court to discountenance the various public sentiments on the matter and grant bail to his clients.

Orji noted that the offence was bailable and prayed the court to use its discretion to grant the Ozougwus bail.

He said: “this couple run a responsible family and I believe if they are granted bail; they will attend to the court processes religiously” he argued, but to no avail.

For the heartless couple, presently cooling – off in the Nsukka Correctional facility till August 13 when the matter will come up, it is now a case of the evil that men do, lives with them, and no longer after them.