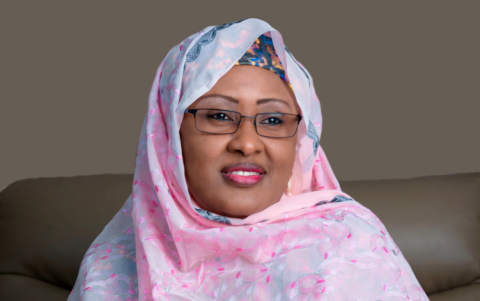 BALTIMORE, MD (AFRICAN EXAMINER) – There are many worrisome developments which have recently unfolded and still ongoing in the country. One of them was the controversial response by the wife of President Muhammadu Buhari, Aisha, during her recent interview with the BBC. That Mrs. Buhari took her husband to the cleaner is no more a news. So, my assessment of the situation and conclusion is that the President’s wife took the matter too far, regardless of whether her so called concern was genuine or not.

Although, Mrs. Buhari’s explosive outburst is not my focus; yet, starting with it, is just to establish its relevance on the main issue of this piece. It is important I share that, I am not persuaded by the view that the President’s wife meant well, especially with respect to some developments (President’s meeting with Asiwaju Bola Tinubu’s men and Ambassadorial nomination) in the last few days.

Therefore, my (opposition to Madam’s choice of expression) was driven by the proverbial submissions: ‘Ti rice ba npa okuta; enu onibara ko loye kati gbo’ (A beggar does not grouse over a rice mixed with stones). Also that: ‘Oro to akuwarapa ba so; enu asiwere ko loye ki ati gbo’ (An insane is not qualified to interpret for a Leper). Even, if Mrs. Buhari wished to upturn these standards, I feel that it should not be to the degree and extent she did. In other words, I am convinced that Mrs. Buhari’s public trading of blames with her husband was totally an error, (regardless of whatever valid points she might have made).

Well, you might wish to ask what about the President’s response to his wife verbal sword? That again, has prompted other avoidable controversies. His words ‘’ …belongs to my kitchen; my living room and other rooms’’ were beyond the literary interpretations which were generally adduced to them. That takes me to the information and communication management of every public figure. The art is complex and very delicate. I say this because; most listeners of public figures (deliberately or otherwise) do not go extra length to dissect the real meanings (intentions) of comments made by them. Mostly, the interpretation is always on the surface. It is for this reason, among others, people in President’s shoes, must always be conscious and avoid taking things for granted in their public addresses and comments.

As I established earlier, this issue is not really what is intended to discuss, therefore, I rest other points, which I am aware will significantly generate inevitable questions and inexhaustible debate.

Now to the real issue. Given their past, including the elections which brought them into power, I have severally written and commented that the men in opposition, President Buhari and those in charge of security, should watch very closely, are the Ekiti State Governor, Mr. Ayodele Fayose and his Rivers State counterpart, Nyesom Wike.

Wike always claims he is popular among his people, yet, the violence, threat, killing, harassment and intimidation that transpired before, during and after his election and re-run polls that have held in the past in his State, till now, have not subsided. There are clear indications that the Governor is very desperate and ever determined to clear off, from the way, by any means possible, anything considered as an impediment to attainment of his self-desire goals.

Prior to the April 14, 2015 Governorship election till date, Rivers State has recorded many unresolved cases of politically motivated killings by yet to be identified suspects. Recall, among others, the killing of Mr. Franklin Obi, his wife and son, Bestman in Omoku in March, 2016. The latest was the killing in August this year, of Mr. Ken Atsuwete, a human right activist and Lawyer in his Port Harcourt residence. Who were the actors – the animals in human skin? What are their reasons or complaints and whose interest are they serving?

The Governor recently demonstrated his penchant for recalcitrance. He shocked many Nigerians when in the early hours of Saturday, October 8, 2016, stopped the searching of the household, and subsequent arrest by the operatives of Department of State Security (DSS) of a judge of Federal High Court Judge in Port Harcourt, Justice Muhammad Liman. Justice Liman was one of the judges, who were alleged of corruption in the process of discharging their Professional duties.

Almost two weeks after – October 18, 2016, Wike while addressing the representatives of non-indigenes in Rivers, who paid him a courtesy visit, attempted to justify his action. He denied disturbing the security operatives from carrying out their duty. The Governor claimed his action was to avoid security breach, questioning the timing of the DSS operation. Wike is a Lawyer right? Whether he is aware that DSS is backed by the Nigerian law to search and arrest suspect any hour of the day, that, I do not know.

I watched him sermonizing, only to the satisfaction of his followers, that all he did was to prevent a mix-up – possibility of the accused, being wrongfully taken away; but later killed, hence, the claim of suspected armed robbery or hired assassins story that would follow. ‘Ole lo mo ese ole to’ (Fellow crime knows the syndicate secret). If Wike must be trusted at all, why his refusal, despite the presence of the State’s Police Commissioner? How could hired assassins be so kind to have been that attentive and so comfortable to wait conveniently, for the Governor and Police Commissioner to come, before striking? Mr. Wike must please change his narrative, if he had failed to listen to himself.

More seriously and regrettably, I consider what happened on 35, Force road, (the residence of Justice Liman) as a scripted drama and a conspiracy in which the Governor, the State’s CP and DSS operatives and their superiors were suspects.

More disturbing is that, the Rivers State CP as we speak, still remains in his position. Does a criminal plot of this weight and against the constituted authority, as well as public interest, not warrant sanctions against the career officers who are involved? This is among the reasons why many Nigerians are worry today. They have asked, how much more of grandstanding and impunity of the opposition men, the present administration and President Buhari will condone?

Mr. Wike’s counterpart, Fayose, having realized that there was no ‘casualty’ in Rivers display of ‘Executive anarchy and rascality’ followed suit. The Governor in defence of the wife of his party’s chieftain, Femi Fani-Kayode, disturbed the operatives of the Economic and Financial Crimes Commission (EFCC) from carrying out a legal operation.

Fayose reportedly led some thugs to the branch of a commercial Bank in Ado Ekiti, the Ekiti State capital, to free Fani-Kayode’s wife who was being held on the instruction of agency, for presenting a cheque to withdraw money from a freezed account belonging to the Governor, out of the banking hall.

Why must Governors who address themselves as the Chief Security officers of their States, impede agencies of the government from looking into the alleged criminal related matters? I do not know of any, who claims to be decent, law-abiding and without any sinister interest and ulterior motive, who will grandstand to the level Wike and Fayose did, in the two instances.

Without subscribing in any way to President Buhari’s outburst, I must say that the President must sit back and adjust his approach to various issues. First, let me assert that fixing the economy is as important as fighting corruption as well as ensuring the security of life and property.

Still, the President must be more sensitive and assertive. The picture I see in President Buhari is that of a Commander-in-Chief who determined to be in power and in charge. But the truth of the matter is that, given the latest developments – the overzealousness by the opposition men, the President must admit that his office and authority are being avoidably dared, by few disgruntled elements.

President Buhari must also realize that his war against corruption has taken more serious dimension and drawn additional interest, especially with the recent arrest of some suspected judges.

Two of them, Justices Sylvester Ngwuta and John Okoro of the Supreme Court have alleged that two of his Ministers – Mr. Rotimi Amaechi and Dr. Ogbonnaya Onu once approached them to manipulate the rulings on Abia, Akwa Ibom and Rivers States Governorship Elections. They even quoted the Ministers to have said they were acting on the instruction of Mr. President.

Everyone is free to believe whatever he feels like. Therefore, I personally do not take seriously; the belated resents by the judges who have soiled their hands; sold their conscience and betrayed the oath of their offices – to be the arbiter of justice and hope of common man.

Another ground why I will never reckon with the accusations by the two judges is why the allegation now? Does it mean that, if there was no clampdown, Nigerians will not know about the allegation, if at all the indictment is real? Beside, verbal accusation is not just enough, for any complainant who wants to be taken serious.

Besides, which elections are we talking about here? I say it again and that is the position of many, that what happened in Akwa Ibom and Rivers States were something else, but definitely not elections. The Rivers State’s case was even worst and shameful, when a Professor and University Don could not read out mutilated and bandied results. So, in a saner land, Wike and Akwa Ibom stories would have been opposite of what we have today. But if they insist that the Ministers ever approached them, they must provide more strong leads – evidences that are more genuine and reliable.

For the present administration to succeed in many fronts, the President must stop from being ‘over democratic’; assert himself; be truly in charge and put stop to further mischief and recklessness by the opposition men, who never wish his government success in the first place. The audacity, with which the men advance, should not be underrated. Again, this is not to corroborate Madam’s ‘cleaner’; I warn that these men; their backers and mercenaries they have planted and conspired with, in the government circle, could run down this government, if President Buhari failed to be in charge or in the alternative, leave the political aspect of his administration to his party men whom he trusts and feels very capable in that area.

The President must be told that his seemingly neutrality on virtually every political issue within his party, informed the anarchism coming from the likes of Fayose and Wike. It is also the sole factor that has paved the way for many of the wrangling within the ruling APC and its gladiators, to keep flexing muscles without any remorse or restriction.

Finally, If President Buhari failed to do a review of his tactics; he must admit that the level and extent the opposition men are thriving are very dangerous, while the end and consequences could be costly and grievous!