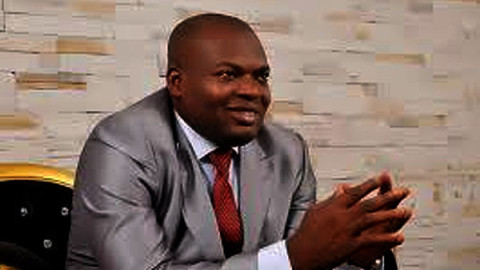 Contrary to a recent statement credited to the People’s Democratic Party (PDP) candidate in the Anambra state gubernatorial poll, Tony Nwoye that the party will boycott the supplementary election fixed by INEC for 30th November, the National Publicity Secretary of the Party Chief Olisa Metuh, has reaffirmed that PDP would fully participate in the exercise.

The professor Atahiru Jega led Independent National Electoral Commission INEC has fixed 30th November 2013 for the conduct of the supplementary election, so as to  conclude the exercise which was stalemated on  November 16th, following  alleged electoral manipulation in about 150 political wards which led to the cancellation of the elections in those areas.

Reacting to Nwoye and his campaign organisation’s  boycott statement Wednesday in Awka,  Metuh stated with a level of finality and emphasis that he has no apologies to anyone on the PDP’s position on the inconclusive election, saying that he has no reason to consult or take cue from any of the people talking.

According to him, “they are just enjoying their 5-minute of fame that will fizzle out next week after the weekend’s election. Thereafter, it would be their end.”

Describing them as not deserving his time, the Wadata Plaza spokesman, who is from Anambra state, noted that if the Nwoye’s men had made all the noise being made now ahead the election, that it would have been a lot helpful and useful politically to the candidate.

He said Nwoye and his supporters should continue to shout and call people all manner of names , especially now that they believed there were still some funds within the coffers of the campaign organization to spend on themselves, before their relevance expires by next week. He declared.

Metuh however, described the PDP candidate and his supporters as “too infinitesimal and politically unimportant down the ladder in the scheme of things for me to exchange words or join issues with or respond to their idle talks”.

However, Emeakayi in his reaction insisted that the party was very ready and must participate actively in the coming weekend’s INEC supplementary election in the state.

African Examiner reports that the PDP governorship candidate Nwoye, through the Director General of his Campaign Organization, Prince Victor Ezenwa, has insisted that they would not participate in the scheduled Nov 30 supplementary election, pointing out that such was alien to the electoral history of the nation. And that only the outright cancellation of the November election which he described as a sham was good enough to them.

Meanwhile, INEC, said it is fully prepared for the conduct of a hitch free supplementary election.