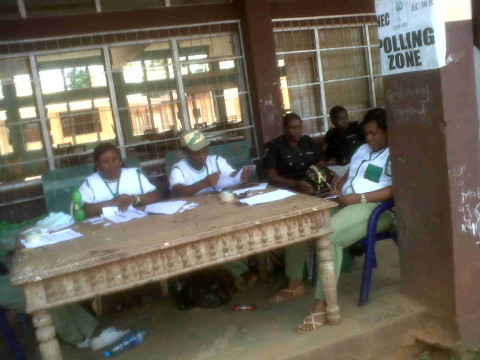 Accreditation of voters in today’s (Saturday) supplementary election in the Anambra state inconclusive Governorship polls has commenced amid low turnout of voters even as the All Progressive Congress (APC) that has said it would not participate in election were seen participating in the accreditation process. 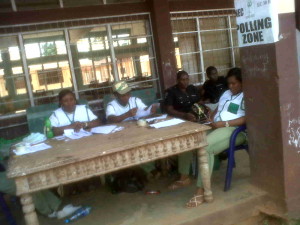 The accreditation exercise began few minutes after 8am in various polling units visited by our correspondent.

Meanwhile, movement of people have been restricted in idemili North and Onitsha south council areas  of the state, which are part of the 16  Local governments areas where the supplementary polls are taking place.

African Examiner reports that the Independent National Electoral Commission INEC had rescheduled today’s supplementary elections in a total of 210 polling units across the state, following some alleged electoral irregularities that marred the November 16th gubernatorial election.

When our correspondent visited St. Philip’s polling unit, Akpakaogwe, in Ogidi ward (1), in Idemili North local government area of the state believed to be one of the strong holds of PDP, at about 10: 30 am, only 56 out of 830 registered voters have so far been accredited.

However, contrary to earlier statement by All Progressive Congress APC, that it will not be part of the supplementary election, the party, is participating in the accreditation exercise, as its agents were present in virtually all the polling units visited by our correspondent.

African Examiner will keep you posted on the controversial supplementary election.