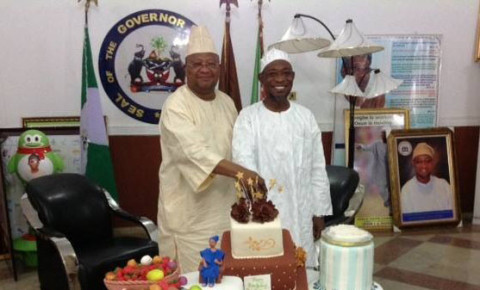 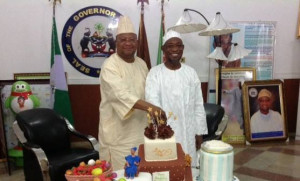 The spokesperson of Osun PDP, Mr. Bola Ajao announced this in a statement issued on Wednesday.

The statement reads, “The Osun State chapter of the Peoples Democratic Party has suspended its Deputy Chairman, Dr. Bashiru Salam, for anti-party activities.

“Dr. Salam failed to attend any meeting of the party ranging from the state working committee, extended executive committee meeting as well as other party functions for over three months.

“Also, the suspended deputy chairman boycotted the primary election and has not shown up at any party functions after the primaries; rather Dr. Salam chooses to fraternise with the APC.

“He was one of the principal actors at the cutting of the 57th birthday cake of Mr. Rauf Aregbesola. Dr. B.T Salam is expected to face the disciplinary committee of the party.”

African Examiner learnt that the first civilian governor of Osun state and former governorship aspirant in PDP, Alhaji Isiaka Adeleke will join the ruling All Progressives Congress (APC) on saturday.

Adeleke withdrew from the Osun PDP governorship primary election held on April 5, 2014 which was won by Senator Iyiola Omisore.

The Ede born politician decision to opt out of the primary election was as result of open confrontation with Omisore and Minister of Police Affairs, Jelili Adesiyan, the duo which Adeleke accused of threatening to kill him if he attempted to stop Omisore from securing PDP governorship ticket.

Feelers that Adeleke will decamp to APC emerged on Sunday when he attended Aregbesola’s 57 years birthday celebration and joined Aregbesola to cut his birthday cake.